Pressure Transients And Water Conservation In A Time Of Drought 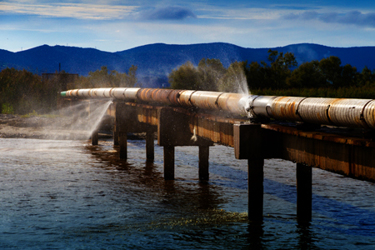 With water supply at a premium and pipelines deteriorating, drinking water utilities must do all they can to preserve their existing assets.

Steinbeck may have been writing of the miseries of the Depression-era Oklahoma Dust Bowl, but the challenges of drought are anything but historical for many. With areas of the western U.S. registering “D4 – Exceptional Drought”,1 pending federally mandated allocations from Lake Mead are potentially but one example of a new reality for a region so heavily dependent upon agriculture and water availability.

For the water utility, of course, the challenges of continuing drought are myriad, including negative impacts on quality, increased demand, and, ultimately, loss of supply. Add to that the aging and consequently decaying state of water supply pipeline infrastructure and the challenges are truly multidimensional.

Now, none of those challenges are news to anyone in the sector. Indeed, books could and have been written on the causes, impacts, and multiplicity of responses to them. What is new, however, is the critical role that pressure transient identification and mitigation can now play. Within an expanding portfolio of solutions, data-led insights and proactive management are increasingly the equal partners of reaction-oriented event management. And within that, pressure transient management has a key role to play to extend pipeline lifetimes and reduce leakage and burst rates to preserve water.

Pressure transient events are variations in pressures caused by fast changes in flow. On a calm supply network, flow variations are typically small, resulting in small pressure transient events. However, not all networks are calm and large flow changes, both positive and negative, can lead to both vacuums (column separation), risking foul water ingress, and over-pressure events2 accelerating pipeline failures. In the more extreme scenarios, pipe breaks or collapse can occur, costing the water utility hundreds of thousands of dollars in repairs.3,4

Non-return valves are a good example to examine in a little more detail as their sudden closure (when not operating correctly) can result in very large positive pressure events. A non-return valve is a type of valve which allows flow in only one direction and prevents flow in the opposite direction, also known as backflow. In normal conditions, the non-return valves remain open in the intended direction of the flow and then closes as soon as reverse flow starts. In these conditions, backflow does not gain momentum and there is no water hammer event. In contrast, however, a faulty non-return valve with worn hinges or debris inside can be slow to close, allowing the reverse flow to be generated. That backflow then catches the non-return valve, slamming it shut to create a significant water hammer, which can either cause both reduction in asset life (pipeline fatigue) or even immediate failure.

As water hammers could unintentionally appear in a supply network, designs typically allow for a small excess in pressure, but they are not designed to withstand a constant fatigue overload. Add to that aging pipeline material and corrosion, and the ability of those pipelines to withstand transients diminishes further.

The challenge previously, of course, has been to be able to monitor at a sufficiently high resolution — first to confirm that transients are occurring, and then to trace their origin. Fortunately, with advancements in both sensor and battery technologies, such monitoring is possible and cost effective, and not just on a limited survey basis but across utilities. Furthermore, the more monitoring that has been undertaken, the more it has become apparent that network operations, including transients, are themselves a significant cause of leaks and bursts.

So what to do to reduce those transients and, in turn, reduce leaks and bursts? That is where “network calming” comes in.

Network calming is a technique applied by water utility companies to reduce fatigue in pressurized network pipes by mitigating the number and/or magnitude of transient events in their pipeline system. The results are asset lifetime extension, financial savings, and water loss reduction. 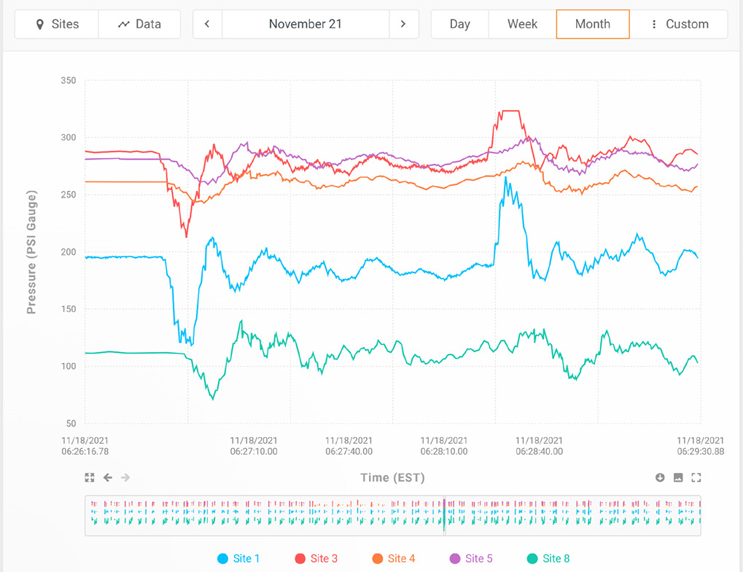 As water hammers could unintentionally appear in a supply network, designs typically allow for a small excess in pressure, but they are not designed to withstand a constant fatigue overload.

Network calming can be divided in three steps: deployment, source identification, and mitigation.

The first step in the application of network calming is to correctly identify the area or areas of interest to deploy the transient loggers or units, also known as deployment planning. To optimize deployment planning, and so maximize the likelihood of finding transients in an area, two things should be considered: a high break density area and possible sources of transients. To determine high break areas, a historic analysis of breaks in the area can be run. Usually, breaks’ locations are logged into a GIS software and a heatmap is created. Those areas with the highest break concentrations will light up in a darker color. After identifying the area, it is also important to verify whether there are transient sources nearby. Some examples of transient sources are pump or booster stations, unstable PRVs or regulator stations, large customers drawing significant quantities of water (usually found in industrial states), or even water theft. An example of a deployment can be seen in Figure 2. 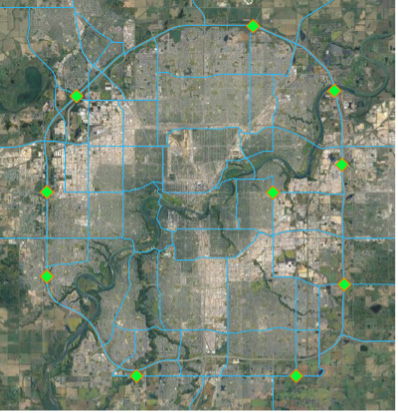 Figure 2: Example of deployment of transient loggers on a city network. The pipe network is in blue.

Once high-risk areas are identified and units are deployed, the next step is to determine the source of significant transients detected by the units. It is possible to detect the source of a transient event by using the time at which a transient was detected by two or more devices (see Figure 3) and the distance between the units (following the pipeline). This process is called triangulation. If the source of a transient event is coming from a station with several assets such as several pairs of pumps, overlaying the transient arrival time with SCADA activity would help the user to identify the specific asset causing the surge more easily. 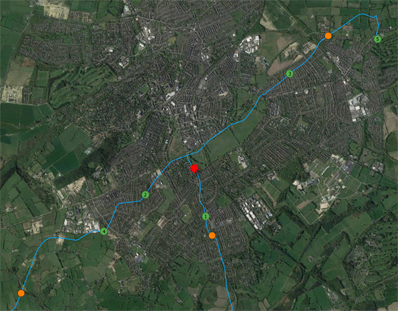 Figure 3: Example of triangulation. The red flag indicates source of the event

The final step in network calming is to mitigate the transient. Once the source of a transient is identified, several methods can be applied to guarantee the mitigation of the surge, depending on what is causing it. As one of the most common sources of transients is valve operation, it is important to have slow valve closure protocols in place, either manual or mechanical. Another source is pump activity, which can be calmed by installing variable speed drives (VFDs), which allows pumps to start and stop more gradually, reducing the rate of change of flow and minimizing the transient. When slower operations are still not enough due to the way the network operates, additional assets such as surge tanks can be installed outside a pump station after the check valves. These serve as a “cushion” by absorbing excessive pressures generated by pump activity. Some other alternatives are air valves, pressure relief valves, or bypass pipes.5 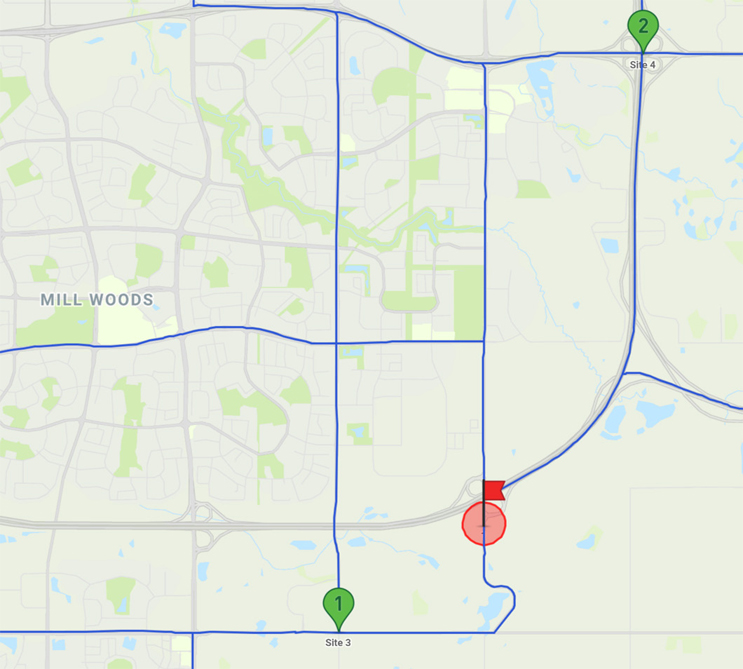 Network calming can be done on a short-term or long-term basis, depending on the goal of a project. Short-term network calming focuses on moving a batch of transient loggers from one area of interest into another in a short period of time. This technique specializes in looking for specific transient events that the user believes are occurring, or understanding what events are currently happening in the network. As an example, if a high break density area is detected near a pump station, it is possible that the station might be contributing to the breaks, producing a significant number of transients of considerable magnitude. To confirm this, transient loggers may be deployed and triangulations carried out should any transients be detected to confirm their source. Similarly, if high water demand is detected by one or more flow meters in the network near an industrial state, transient loggers can be used to triangulate the feed of a specific client in that industrial state.

Long-term network calming, on the other hand, focuses on leaving loggers in a location for a long time to understand seasonal changes or to permanently monitor a vulnerable asset and detect break events as soon as they happen. An example of long-term monitoring is the detection of transient activity coming from a pump or booster that operates only during a set time of the year to support the network, or how assets nearby respond to its operation.

Another long-term monitoring technique is the permanent monitoring for breaks (bursts). Break events are sudden major fractures in the pipe walls that lead to its partial or total division. Break events generate large and fast transient events, which can be detected by units and their sources identified using the triangulation technique mentioned previously. Detecting an alert about breaks reduces the response time of water utilities, saving money and water. 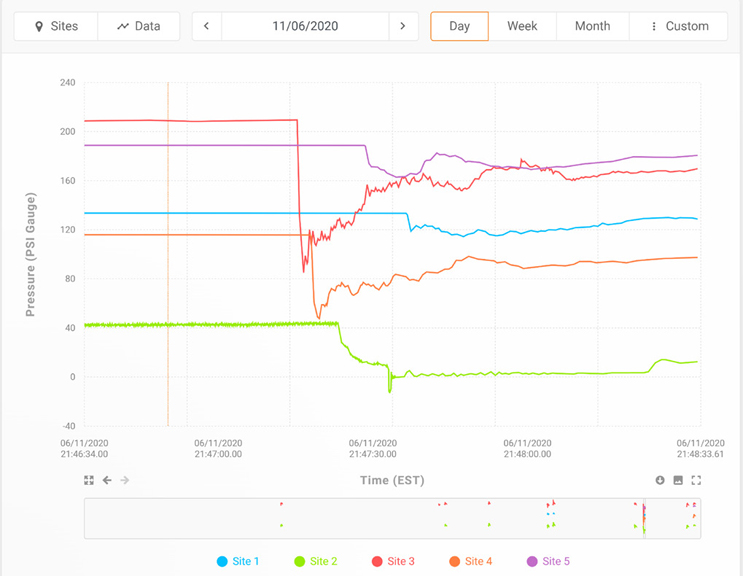 Figure 5: Transient generated as a result of the break event

Lake Mead and Lake Powell in the U.S. are currently at 39 percent capacity with a 66 percent chance Lake Mead will fall to the point where California will be required to impose even more extreme water conservation measures. As of November 2021, meanwhile, there had been 48,725 wildfires across the U.S., burning 6.5 million acres. The pressures on utilities to maintain standards of quality and supply are not going to reduce, regardless of the factors weighing down upon them. This article is, of course, also only focusing on one element of the strategies that can be deployed in addressing those challenges. With high-resolution data now increasingly available for monitoring water supply pipelines, however, utilities now have the opportunity to understand and address those challenges actively rather than reactively. With that, they have the opportunity to make new inroads into reducing leaks and bursts on their networks and extend the life of their already aging networks.

With more than 25 years of experience in the utility sector, James Dunning joined Syrinix as CEO in 2010, leading its growth as an award-winning global market leader in providing high-resolution, data-led insights for water utility networks. Prior to Syrinix, James served as a City lawyer and graduate of the London Business School, as well as holding senior positions within the corporate utility sphere and as a successful entrepreneur in the renewables sector.