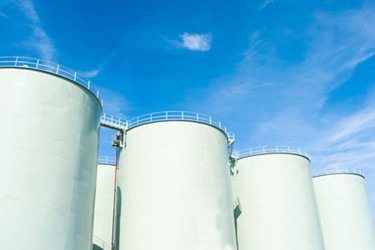 Most manufacturing and process industries produce wastewater as a byproduct which, after treatment, can either be recovered for reuse within the plant or returned to surface waters. There is a growing trend for companies to adopt the concept of zero liquid discharge, which aims to ensure that all wastewater from a plant is recycled at the end of a process, thereby delivering efficiency improvements and environmental benefits. However, most facilities still return a percentage of their water to the municipal network or surface waters. When this happens, industries such as refining and chemical processing must meet increasingly stringent environmental regulations regarding the handling and treatment of their wastewater effluent.

The effluent treatment area of a plant is where all its process wastewater is collected and treated, along with contaminated rainwater from around the facility. With a refinery complex, for example, rainwater running from various process units, storage tanks, and pipelines can become contaminated by pollutants such as oil and grease. Prior to treatment, process wastewater and rainwater are collected in watertight holding tanks or pits usually located below ground level.

There are several reasons why it is essential to precisely measure the level within these tanks. These include establishing the quantities of water being collected and treated, providing overfill protection, and ensuring there is no leakage that would allow effluent to enter and pollute the soil and surface water system. In the case of collected rainwater, it is also necessary to accurately monitor how much oil is lying on top of the water, as an unexpectedly high amount could indicate a problem such as leakage from within the process or a storage tank, which could then be investigated and remedied as soon as possible.

For reasons of accessibility, only top-down level measurement technologies can be used in these applications, so plants with wastewater holding tanks will typically select either mechanical level gauges or guided wave radar (GWR) sensors. However, mechanical gauges have certain limitations, which often makes GWR gauges the most accurate, reliable, and cost-effective option.

Wastewater may enter the holding tank at a high temperature and then cool, which can lead to heavy condensation or freezing of the material on the instrumentation. Mechanical level gauges are more sensitive to ice formation than GWR sensors, and their accuracy is adversely affected by changing product properties such as density, whereas the accuracy of GWR technology is independent of product properties. Mechanical gauges have parts such as floats, which can get stuck due to coating and require frequent maintenance, while GWR sensors have no mechanical parts and are virtually maintenance-free. Also, GWR gauges have the advantage of being unaffected by the presence of most foam.

GWR is based on microwave technology. In a GWR installation, the transmitter is mounted on the top of the tank, with a probe extending to the full depth of the vessel. A low-energy pulse of microwaves, traveling at the speed of light, is sent down the probe. At the point of the liquid level, a significant proportion of the microwave energy is reflected up the probe to the transmitter, which measures the time delay between the transmitted and received echo signal. An onboard microprocessor then calculates the distance to the liquid surface.

As a proportion of the emitted pulse continues down the probe, a second echo can be detected from an interface between two liquids at a point below the initial liquid level, provided there is enough difference in dielectric constants between the liquids. Water has a high dielectric constant (80), while any other liquid lying on top of water will typically have a much lower dielectric constant — oil, for example, is approximately 2. GWR has consequently become one of the most widely applied solutions for interface applications such as measuring the oil layer in wastewater holding tanks. By requiring only one device to measure both level and interface, wastewater treatment facilities can save time and reduce costs.

When using GWR gauges in interface applications, the upper liquid must be of a certain minimum thickness for the device to distinguish the echoes of the two liquids. Depending on the transmitter model and probe style being used, this minimum thickness had varied between 125 mm and 200 mm. However, there are now GWR transmitters available that use a new software algorithm to enable the upper layer’s minimum detectable thickness to be reduced to just 60 mm. This benefits end users by improving insight into the oil and water separation process.

It should be noted that wastewater can contain a lot of solid particles that can build up on a submerged GWR probe, and excess coating can cause signal degradation and require regular cleaning. Therefore, the possibility of probe coating and maintenance ought to be evaluated when selecting GWR for wastewater applications. To address these issues, GWR use signal quality metrics to automatically and continuously monitor the strength of the surface signal and therefore detect the buildup of material on the probe. When the signal quality falls to a user-defined low limit, an alert is triggered, and preventive maintenance can be scheduled before false measurements are caused.

Effective Use Of GWR

An example of effective use of GWR in wastewater treatment application comes from a chemical plant in Japan. The facility uses four partially buried concrete pits for its wastewater treatment process. Wastewater is discharged from each manufacturing process into the pits, where it is biologically treated and discharged to the public water area. The intermediate treatment liquid remains in the pits.

Since the contents are waste liquid, leakage from these underground pits can contaminate groundwater and soil. It is difficult to detect leakage from the bottom of the pit, but Japanese law requires periodic inspections to check the safety and soundness of the pits to prevent environmental damage. Emptying the pits to check for abnormalities such as cracks and damage is difficult, so the company carries out regular “water logging” inspections, during which the pits are filled with water and left for a long period of time. Any decrease in the water level over this period was being measured using a level gauge and recorder.

During these inspections, some elements of the wastewater treatment process needed to be stopped completely, which delayed production, so it was vital to carry out the inspection as quickly as possible. However, the procedure for inspecting the four pits was taking two full days from start to finish. Installing the test measurement devices permanently would reduce the preparation time, but the cost of doing this was prohibitive for an inspection that takes place only once a year.

The company solved this problem by installing wireless GWR transmitters onto each tank. The devices were very easily installed and quickly configured, which saved a considerable amount of time. The accuracy of the GWR gauges was a huge improvement over that of the previous test devices. Because the devices are wireless, the installation location can be changed easily if required and the WirelessHART® technology is unaffected by obstacles. Using a digital signal rather than 4-20mA analog to the distributed control system improved repeatability from 5 mm to 2 mm. Maintenance and inspection time was reduced by 75 percent, and the cost was less than 50 percent of the original analog instrument system, resulting in savings of 1 million yen ($9,000). The new system also reduced the number of man-hours needed by inspectors from 22 hours to 5.5 hours and minimized the downtime of the wastewater treatment facility, providing savings of 3 million yen ($27,000) per year.

Lydia Miller is a level product manager with Emerson Automation Solutions. She currently works with Rosemount level products and has 15 years of sales engineering experience — five with energy recovery for the industrial market and 10 with energy recovery and custom air handlers in the heating, ventilating, and air conditioning market. She has a bachelor’s degree in mechanical engineering and English from the University of Minnesota.