Plastic Micro- And Nanoparticles In Drinking Water And Foods

By Joseph A. Cotruvo, PhD, BCES 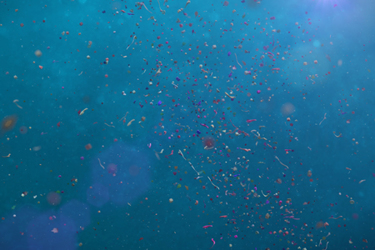 The prospect of plastics working their way into humans is a rising concern for the public, with information presented to them from various, and sometimes suspect, sources. To cut through the noise, findings from the top available sources — detailed international reviews — are presented here with commentary.

Plastic microparticles and nanoparticles have become ubiquitous in the environment since the introduction and proliferation of thousands of plastic products in commerce. Plastics have numerous beneficial uses, but their chemical and biological stability also results in their surviving for very long times when discharged to the environment. The most obvious presence of environmental plastics has been the quantities of plastics floating in various parts of oceans resulting from uncontrolled releases of megatons of plastic waste products. Some of them may be consumed directly by sea life to their detriment, and particulates may be produced and released over long time periods from solar, oxidative, aquatic, and mechanical degradation.

Principal sources of human exposures to micro- and nanoparticles could include cosmetic abrasives (now mostly phased out), industrial abrasives, some foods and water, food and water packaging, wastewater discharges to surface fresh waters, and soil amendments from wastewater treatment residues.

The analytical challenges for identifying and quantifying the sizes and compositions of micro- and nanoplastics are considerable, and although the current analytical data is suggestive, there are significant uncertainties on the published reports of product compositions, quantitation, and human exposures and burdens. Inhaled micro- and nanoparticles would have potential respiratory toxicity, analogous to some other well-known inhaled particle examples.

The toxicology of ingested particles has not been determined and is likely a lesser health concern. Several detailed international reviews have been conducted in recent years to evaluate these issues, and their conclusions demonstrate dataquality problems and whether any human adverse effects have been identified. Those reviews, especially the most recent World Health Organization (WHO) report, are the sources of these comments.

What Are Plastic Particles?

Plastics are high-molecular-weight polymers that are produced by the chemical linkage (polymerization) of many small molecules (monomers) into large high-molecular-weight polymers (plastics). Some plastics are thermoplastic, which are linear polymers that can be reformed by melting. Others are thermosetting, having a three-dimensional crosslinked structure that cannot be reformed. There are numerous others, such as elastomers.

There are a myriad of compositions of polymers and copolymers designed for particular characteristics. Just a few of the monomers and types include ethylene, propylene, styrene, tetrafluoroethylene, ethylene glycol, terephthalic acid, amino acids and amides, bisphenol A, and epichlorohydrin. Categories of products include polyethylenes, polypropylenes, and polystyrenes — among the most frequently found to date in foods and water — as well as Teflon, polyesters, polyamides (nylons), epoxides, and others. Huge numbers of products and applications derive from these polymers. Just a few include molded products of all sorts, as well as films, fibers, foams, coatings, adhesives, and containers.

Particle shapes can be beads, spheroids, fibers, pellets, granules, and fragments. Thus, they have a high surface-to-volume ratio. Plastics are formulated with additives — on average of about 4 percent of their mass — that are designed to maintain their structures and resistance to UV light, heat, and oxygen, and extend their useful lives. They also often have colorants.

Plastics tend to be hydrophobic, which means that they do not dissolve in water and they repel water. Most organic small molecules are also hydrophobic, so some of them would have the tendency to accumulate in the plastic preferentially to water. So, plastics might absorb some pesticides and other potential trace contaminants in water. On the other hand, it is possible that some of the additives and unreacted monomers could leach into the water. There could be a redistribution between certain chemicals in plastic in contact with foods and water, and even between the particles and their environment after ingestion. However, it should be noted that the particulates are extremely small and present in small amounts, so their capacity to absorb or release chemicals is also extremely small.

Plastic particulates will be present with many other particulates in their food or water medium, so the analytics are very difficult, and validated standardized techniques have not been agreed upon among analytical scientists. In general, the procedure must involve separating the particulates from the food, water, or other medium, isolating and concentrating the particles, separating the plastic particles from other particles that contaminate the extract, and distinguishing, identifying, and quantifying the plastic particulates. For food analyses, the food biomass likely must be selectively degraded to concentrate the particles to make them accessible. Fairly large quantities of the food or water must usually be collected because the plastic particulate concentrations and total masses are very small. Numerous separation and identification techniques must be assessed to achieve a reasonably true sample. Some of the trace level analytical techniques employed include pyrolysis gas chromatography/mass spectrometry, Fouriertransform infrared techniques, and Raman spectroscopy. Larger plastic particles can be amenable to microscopic counting once they have been identified.

Many identification and quantification studies have been reported, but a high percentage of them have been determined to have fundamental flaws that render their results at least somewhat unreliable. For example, some lacked controls for comparisons.

Keeping in mind the analytical uncertainties, here are some examples of reports on the presence of microplastics in several foods that were tested.

Fish: Data averages between one and seven particles per fish. (There would be differences if they constituted edible flesh, or if small fish consumed whole, such as sardines, were analyzed.)

Plastic and other particles are present in all types of water: ambient seawater, freshwater rivers and lakes, wastewater discharges, treated public drinking water, and bottled waters. Data reliability is open to question. The WHO report concluded that reliability was generally not great, and that about 50 of the reported studies had technical flaws. Some selected ranges of reported values include the following:

The type of source being analyzed impacts the methodology and the outcomes. For example, sampling a lake could involve dragging a relatively large pore filter, so only larger particles would be collected. Less turbid waters such as tap or bottled waters allow filters of smaller porosity, thus additional smaller particulates will be collected. So it becomes difficult to compare counts taken from different media with filters of different size meshes.

One can conceptualize the types of particle characteristics that would be essential factors in assessing possible risks from ingestion of small plastic particles. Different ingested plastic shapes, sizes, and compositions would need to be evaluated. The presence of additives, monomers, and telomers (short polymers) should be considered, as well as types and dosages of entrained trace chemicals potentially present in environmental samples. The fate and transport of the various specimens after ingestion would need to be determined. How much of an ingested dose would become systemic and what would be the size and shape distributions? If it were assumed that nanoparticles are less likely to be entirely rejected by the gastrointestinal tract, how would that be affected by dose rates? How should high-dose animal tests versus very low-dose human exposures from food and water be interpreted? Which organs and cells would be most likely to accumulate absorbed particles, and what would be the consequences relative to sample particle types and dosages?

Some studies conclude that particles larger than about 150 μm would essentially not be absorbed, but it is likely that smaller particles, especially nanoparticles, would be absorbed to some small extent. Which and how much, and how would the medium affect the results?

It has been suggested that the presence of biofilms on particle surfaces could affect the accumulation and transport of microbes and chemicals in the exposure medium. However, the WHO report concluded that they would not likely be significant risk factors and no more so than other nonplastic particles common to the environment.

The WHO report also used conservative exposure and toxicological modeling to examine the possibility of particles being a source of monomers, absorbed chemicals, and degradation products and the hypothetical risks that might result. Even with very conservative assumptions, the report concluded that the exposures would be extremely small and that very large margins of exposure (MOEs) would result between the potential exposures and amounts that could result in risk to consumers.

Treated wastewater discharges are a likely source of plastic particles entering drinking water treatment plants. Based upon its review, the WHO report determined that standard wastewater treatment can generally remove about 90 percent of particles from entering waste streams. “Conventional” drinking water treatment is designed to remove particulates from source water. Conventional treatment consists of coagulation, flocculation, sedimentation, granular filtration, and disinfection. When operated at low turbidity (the U.S. universal requirement is 0.3 NTU for removal of Cryptosporidium protozoa), particulates of all types would be very effectively removed. Membrane treatment systems are probably even more effective for particle removal. However, not all countries have universal wastewater treatment and/or required filtration of surface-water drinking-water sources, and they may not require the low-turbidity goal for filtered waters.

Many commercial bottled waters are processed using reverse osmosis as part of their treatment train, so it is somewhat surprising that several bottled waters have been reported to contain numbers of plastic particles. Bottled water producers often blow plastic bottles and produce the caps onsite. One possible explanation could involve the routing process for manufacturing the caps that would likely produce particles during the process. The possible sources of particles are being studied by the industry.

Plastics disposal should be managed to prevent releases to the environment. Microplastics are ubiquitous and have been detected in the sea, freshwaters, foods, and bottled and tap waters. Most of the available information is on microparticles, with minimal data on nanoparticles. Numerous occurrence studies have been published, but analytical techniques are very difficult and not standardized, and individual studies have not always used the best techniques, so reported data is often open to question. It is not appropriate to compare quantitative results between media and studies because of the material differences and sampling and analytical techniques employed.

The WHO report concluded that no reliable data exists on the extrapolation of animal toxicity studies. Very-high-dose rat and mouse particle dosing studies may not be relevant to very-low-exposure conditions in humans. There is likely limited gastrointestinal uptake, but smaller particles would likely be taken up to a somewhat greater degree than larger. There was low health concern for drinking water exposures, even in extreme circumstances. They also concluded that no reliable information currently suggests a concern for nanoparticles risks.

Projected chemicals exposures — and thus risks — are extremely small, if any. Routine monitoring of water was not recommended, “as there is no evidence to indicate a human health concern” (WHO 2019). Of course, targeted, well-designed, and quality-controlled research on occurrence, exposure, and uptake and fate, as well as the potential risks, is appropriate in order to answer the questions being raised. Standardization of the analytical approaches and quality assurance/quality control procedures should be agreed upon.

Joe Cotruvo was director of the U.S. EPA’s Drinking Water Standards Division after passage of the Safe Drinking Water Act. His doctorate is in physical organic chemistry. He participated in the WHO’s development of their recent review of microplastics in drinking water. He is president of Joseph Cotruvo & Associates LLC, Water, Environment and Public Health Consultants, in Washington, D.C.