How much pipeline repair will competing priorities, resource limitations, and public tolerance allow? Try 1 percent annually — if you're as good as DC Water. CEO and General Manager George Hawkins, a bona fide "Water Champion", shares advice that has helped his utility double the national average for pipeline replacement.

[As water and wastewater industry professionals, we collectively champion the cause of clean, sustainable water. But there are also standouts among us who lead the cause and shape the industry through profound influence and achievement. They are the subjects of Water Online’s “Water Champions” Q&A series, sharing unique insight to inspire peers and promote solutions.]

The scope of the problem is well documented. The cost to repair or replace aging distribution lines in the U.S. has been estimated as high as a trillion dollars — and that’s just for drinking water. Hundreds of billions more are needed for wastewater infrastructure. While these gaudy numbers shine a light on the grand challenge, a much smaller number illuminates the problem locally. On average, the national pipeline renewal rate per municipality is a mere 0.5 percent.

There are inherent obstacles that will always keep the rate of replacement low, but there is also much room for improvement. As prime example, DC Water has tripled its own rate and doubled the national average in the seven years since George Hawkins has been at the helm. I spoke with Hawkins to uncover best practices for successful pipeline repair and to understand the factors that may help or hinder the cause. Here’s what he had to say [edited for length and formatted] about the progression of pipeline renewal in D.C. and throughout much of the country. 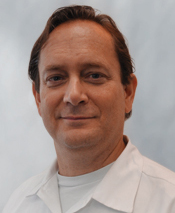 Washington D.C. is emblematic of the challenges and opportunities that any water utility, public or private, faces across the country. For comparative purposes, the median age of a water main in Washington D.C. is 79 years, meaning that half the water mains are older. It’s a remarkable number.

When I arrived at DC Water in 2009, our replacement percentage of the water system was one-third of one percent a year, so essentially a 300-year replacement cycle on the basis of a 79-year median age. That’s a scary picture for keeping it in operation.

The U.S. EPA has evaluated the same question and has come to an average number on a national basis, which is one-half of one percent. What DC Water has been able to do in the seven years since I’ve been here — and it definitely takes years to do this — is commit to a permanent, long-term program that replaces one percent per year. That’s triple where we were in 2009, and double the national average.

The Solution: ‘Gear Up’ In-House Engineering And Public Education

Then you have to make sure ratepayers understand that tripling a capital program is very cost-intensive; you’ve got people and machinery digging up the streets and putting in new systems while disconnecting the old systems. The ratepayer has to become aware of the additional costs associated with an enhanced program and be ready to bear it.

If you look at the number of projects being done in city streets by all the various enterprises — there’s the electric utility, gas services, the department of transportation, sometimes the federal government, and us — all sorts of work that’s being done that affects the street. Any city can only have so many roads being worked on at any one time before it really starts impacting the ability to get around. You’re digging up the street, you’re blocking parking, you’re blocking rights of way, you’re blocking or limiting two-way traffic…

Could we do more than one percent and still have practical conditions in the city, given all the other work that’s being done? Probably. But we have enough of a challenge in pulling off what we do. As soon as you block off one street, all the traffic on the other streets increases. How long is it going to take, and can the neighborhood tolerate the noise and disruption?

I don’t know what the upper number is, but it’s not, “Oh, we can do five percent or 10 percent in a year,” because the city comes to a standstill if you’re blocking off too many streets at any one time.

One of the good things DC Water can count on, which is a little different than some other places, is that we now have a dedicated funding source that will provide $40 million per year to do this work in perpetuity. There’s always a challenge of whether a utility can count on the revenue needed to continue a project like this. We can count on it, and that’s very significant.

Second, no matter what we do or what percentage of work we complete on water mains, we will have problems with the system that are acute, and we’re always putting money aside in the budget to handle water main breaks or any other problems that happen, whether it’s a new pipe or an old pipe. When they happen, we fix them and make sure we get the system back in operation, usually six to eight hours later. It’s something — for better or worse — we’re quite good at. We want to see those numbers come down as we improve the system, but we are prepared and will handle acute needs, regardless of how fast or how much we’re replacing on a capital basis.

Third, there are projects we can do to improve service in the short run that are less expensive than a wholesale replacement of the infrastructure. That initiative has just unfolded in the last five to seven years with a process called cured-in-place piping, and we’re doing more of it. If we have an old sewer lateral that has corrosion on the inside or some other challenges, but we just can’t get to it yet to fully replace it, we now have a parallel project to repair it faster and at much less cost. We’ll go in and essentially scour out the inside of the pipe, coat it with a resin that hardens, and add about 10 to 15 years of useful life, at least.

Fourth, we’re getting much smarter about which water pipes we replace. Our biggest question is, if we’re replacing one percent each year, which one percent? How do we get the most ‘bang for our buck,’ addressing the pipes that are most likely to have a problem, most likely to break, or most frequently causing water quality concerns? Which one percent we choose is enormously meaningful to the effectiveness of the outcome. We’ve got so much data now that we’ve created a real-time, GIS-based mapping system of our whole operation. One of the things we’ve been working on most recently is finding additional sensors that are very cheap, that we can add into the system to give us more information about vibrations and pressure and otherwise, which will allow us to be much smarter about what we do.

While the reality is one percent [replacement], and we’d like it to be faster than that, the combination of those four pieces means we’re pretty confident we’re going to continue to deliver good service to our customers.