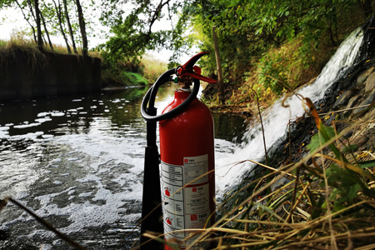 Despite several states taking action against PFAS, satisfying solutions to destroy the forever chemicals have been out of sight. However, a Danish company has taken up the fight, and the proven full-scale solution based on supercritical water oxidation (SCWO) presents promising results.

According to research by the PFAS Project at Northeastern University in Boston and the advocacy organization Environmental Working Group (EWG), PFAS — the man-made per- and polyfluoroalkyl substances that once and for all caught the attention of the global water community in 2020 — are detected in more than 1,400 communities’ drinking water across 49 states, and it is estimated that 110 million people might have PFAS-contaminated tap water.

The issue is increasingly causing concern among the public, as study after study shows the environmental and health risks related to the bio-accumulative and non-degradable “forever chemicals” such as PFOS and PFOA. As a result, several U.S. states, such as California, New York, and Michigan have taken various approaches to resolve contamination issues. Though health advisory levels are established, federal maximum contaminant levels in drinking water are yet to be set.

While several technologies to capture PFAS in water are widely used, questions about how to destroy the highly persistent chemicals remain. The Danish company Aquarden Technologies now seeks to answer these questions, it has developed a full-scale solution to capture and destroy PFAS in contaminated wastewater and drinking water.

According to Zhuoyan Cai, Director at Aquarden, conventional technologies, including chemical oxidation, biology, ozonation, and high-temperature incineration, seem inadequate to solve the increasing challenge, leading to the company’s development of a sustainable and robust solution using PFAS-selective adsorbents and supercritical water oxidation (SCWO). 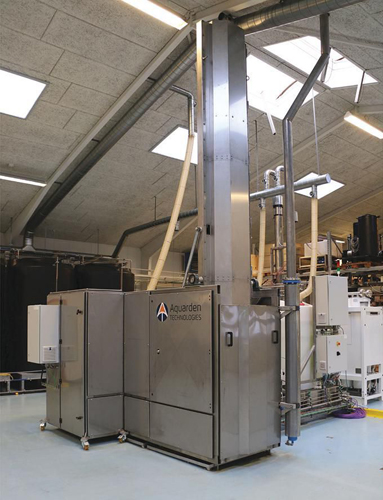 “As incineration is increasingly banned across several countries and in the U.S., due to the partially degraded toxic byproducts that are released into the environment through incineration smoke and ash, water professionals face a great challenge when it comes to the PFAS destruction phase. At the moment, many sites deposit the saturated PFAS adsorbents into depots or dump them at landfills; but both methods, unfortunately, have the consequence that PFAS eventually leaches back into the environment — for example, as rainwater brings the chemicals back into the soil and groundwater. Up until now, the technology to handle and fully destroy PFAS simply has not been robust enough,” Cai explains.

Over the past year, the Danish company has worked on several projects across the Scandinavian countries, including Denmark, Norway, and Sweden, with a particular focus on waste- and groundwater from airports and landfills. In many cases, the SCWO technology has resulted in over 99 percent destruction of PFAS, typically below current PFAS detection limits.

The PFAS capture technology is not groundbreaking in itself — ion exchange resins and other PFAS-selective adsorbents have been used to capture PFAS in contaminated water for years, as they are highly effective at adsorbing PFAS. However, such full-scale, proven PFAS destruction that works outside of test facilities is unique.

The full-scale system is based on modular components, where contaminated water runs through adsorption columns to capture and concentrate PFAS before the spent adsorbents are destroyed in an on- or off-site SCWO plant. The adsorbents are PFAS-selective and remove PFAS to below allowable drinking water limits. Upon saturation with PFAS, the spent adsorbent is replaced with fresh adsorbent, while the PFAS-saturated adsorbent is sent to a SCWO plant, where the micropollutants will be fully broken down to form water, nitrogen gas, and carbon dioxide as the water reaches its supercritical state above 705° F and 218 atmospheres (atm).

“The solution is very customizable, and we design it to meet the needs, discharge limits, and economic situations pertinent to the given sites. For some sites, it makes sense to have an SCWO plant on-site, whereas others can benefit from the adsorption columns and send the saturated adsorbents to our destruction site. It has to be economically sensible — especially if we look at it from a ‘polluter pays’ perspective, which is an approach many U.S. states consider as they move forward in the fight against PFAS,” Cai says.

At a recent project with Swedish Landfill Sörab, Aquarden received leachate for SCWO treatment and managed to reduce the PFAS levels from 3.7 μg/L to below 0.035 μg/L. A project with Stockholm Arlanda Airport similarly exhibited SCWO’s destruction efficiency with PFAS from a concentrated feed containing 679 μg/L PFOS and 34 μg/L PFOA, where both substances were eliminated to below their detection limits of 0.01 μg/L.

Furthermore, a project with a Norwegian waste management company, Perpetuum, has also shown that adsorbents matched with SCWO can be highly robust for capturing and destroying small concentrations of PFAS from large volumes of water like leachate, groundwater, or public water systems. In one particular project, PFAS-contaminated leachate was polished with PFAS-specific adsorbents, and the total sum was reduced from 15 μg/L to below 0.019 μg/L.

In itself, PFAS removal and destruction are ultimately all about lowering environmental impacts, but reuse of resources in the process is an essential part of the SCWO solution.

As Cai explains: “Up until now, CO2 emissions linked to destruction of PFAS in incineration have been two to five times higher than the SCWO technology, depending on the country’s electricity sources — but since we convert the water from liquid to supercritical form, the process does not require as high a temperature. In addition, the heat exchanger we use also reuses 90 percent of the energy to sustain the operation’s temperature, and the adsorbents are used to fuel the process, which means that we rarely need to add more thermal energy to the process.”

Currently utilized in full-scale by the French defense, the proven technology is ready to make the transatlantic journey and be part of the solution to the current challenge in the U.S.

Frederikke Rørvang Mikkelsen is the PR and Communications Advisor of the Energy and Environment Team at The Trade Council of Denmark in North America. Based in Houston, she primarily supports the activities of the Danish public-private partnership, the Water Technology Alliance (WTA), which aims to share Danish know-how and foster collaboration. Prior to joining The Trade Council, Frederikke worked as a Communications Assistant at the Danish Society of Natural Conservation.