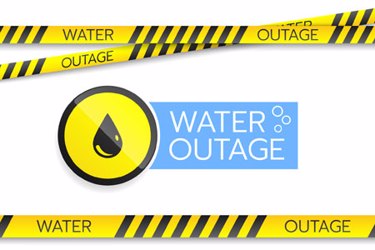 In recent days, Puerto Rico has emerged as a hotspot for the novel coronavirus. And, to make matters worse, large swathes of residents are combating the spread without access to clean water.

Both May and June were particularly devoid of rainfall for Puerto Rico and by July, its source water reservoirs were notably diminished. As of mid-July, only one of the island’s reservoirs saw an increase in its water level with many others depleting. As a result, the local government is forced to mandate water cuts, though the timing could hardly be worse.

“140,000 residents are subject to the government mandated water rationing and lose access to their faucets every other day,” Grist reported. “Lack of water access could make living through the pandemic deadlier, given that many will not be able to bathe, wash clothing, and disinfect surfaces as often as needed to avoid infection.”

With more than 210,000 confirmed coronavirus cases and at least 159 deaths, the residents of Puerto Rico are struggling to contain the spread of the disease. Water service is being rationed on a schedule, and even when water service is active, some residents have reported that it is inconsistent and untimely.

“The day that you’re supposed to have the 24 hours, you really don’t have the 24 hours, which is stupid,” Jessica A. González Sampayo, a resident of San Juan, told ABC News. “You can’t wash your hands as much as you want … it’s crazy, and it’s horrible.”

In addition to the weather-caused drought conditions, there are accusations that government mismanagement is contributing to the lack of source water. Puerto Rico’s utility system is reportedly underprepared for climate change and its electricity system has especially large water needs. Plus, the island’s reservoirs have not been dredged for decades — a process that removes sediment to better protect water levels.

“Most of the water in Puerto Rico is distributed through the system of reservoirs, many of which have not been dredged for many years,” per Grist. “According to EcoWatch, the government-operated Carraízo reservoir has not been dredged since the 1990s.”

Regardless of fault, many Puerto Ricans are now forced to combat the most widespread pandemic of their lifetime without consistent access to a basic human need: clean water for drinking and hand washing.