Perception vs. Reality: The Facts About U.S. Lead Exposures 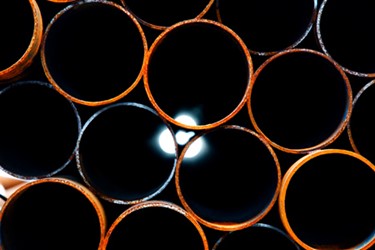 The lessons of Flint should be well heeded, and lead mitigation continued, but the big-picture story of lead exposures in the U.S. is a tale of tremendous progress.

Average blood lead levels in U.S. children have declined by about 95 percent in the last 40 years, due to eliminating leaded gasoline and lead paint, eliminating lead from food-can and water-pipe solders, more widespread controlling of drinking water corrosion, removing lead service lines, and reformulating brass water fixtures. The National Health and Nutrition Examination Survey (NHANES II) conducted from 1976 to 1980 found average child blood lead levels were about 16 μg/dL (micrograms per 100 cc of blood) with 63.3 percent between 10 and 19 μg/dL. Following mitigation efforts, national average values were reduced to 2.7 μg/dL by 1991, 1.9 μg/dL by 2002, and 0.84 ug/dL in 2014 (Gomez et al, 2018).

The U.S. EPA’s Lead and Copper Rule (LCR) has been effective by improving corrosion control, reducing lead service lines, and contributing to reductions of child blood lead. The Flint, MI, problem (2014-2016) would not have occurred if the water authority had applied standard practices and the State of Michigan had enforced the existing LCR (EPA, 1991). 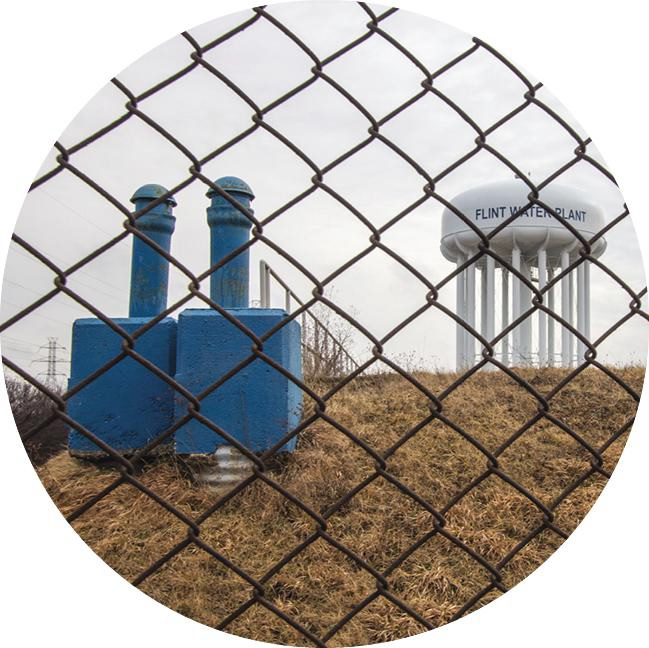 The Centers for Disease Control and Prevention (CDC) “reference level” is now 5 μg/dL, the 97.5th percentile where action is recommended to eliminate the source. Subtle IQ losses are suspected between about 5 and 10 μg/dL, or possibly less. CDC recommends chelation therapy be considered if blood lead levels exceed 45 μg/dL.

The half-life of lead in blood is about 30 days. CDC’s 2016 report of more than 9,000 blood samples indicated a temporary increase from 2.5 percent to 4.2 percent of children with blood lead between 5 and 9 μg/dL (71 children, up from 59) after the switch to Flint River water, and a decline from 3.4 percent to 1.1 percent (from 68 to 37) after changing back to Detroit water. Bottled water was provided for much of that period. Numbers above 10 μg/dL were not increased. The greater health outcome in Flint was probably increased legionellosis risk from inhalation of aerosols. At one point, there were 87 cases of legionellosis and 12 deaths (Zahran et al, 2018).

The EPA’s 1991 lead regulation requires water suppliers to test for excessive corrosivity at taps in highest-risk locations under extreme non-routine use conditions. Water must be stagnant for a minimum of six hours. A one-liter first-draw sample is collected; if more than 10 percent exceeds the Action Levels (15 μg/L for lead; 1.3 mg/L for copper), corrosion control and public notification are required. If unsuccessful, a lead service line replacement program is required.

"The successful reduction in national lead exposure demonstrates how comprehensive strategies aimed at a definable problem can be effective where risk reduction benefits are measurable."

The LCR Action Level is not a Maximum Contaminant Level (MCL) and does not presume typical exposure. It is a screening value for excessive corrosion under extreme circumstances. It is intended as a virtual worst case and includes water in contact with the usually leaded brass tap and some solder joints. The World Health Organization’s lead in drinking water guideline and the European Union’s drinking water lead directive are 10 μg/L. They do not require stagnant first-draw water as the LCR screening test does.

The LCR could be strengthened with minimal effort.

The successful reduction in national lead exposure demonstrates how comprehensive strategies aimed at a definable problem can be effective where risk reduction benefits are measurable. Average national blood lead levels have declined by more than 95 percent from 16 μg/dL to less than 0.84 μg/dL since NHANES II (1976-1980). Corrosion control, including the use of phosphates, has been very successful at minimizing lead release from plumbing. Continued effort is needed to eliminate old remaining lead paint and galvanized water pipe. Similar to lead paint and radon exposure management, lead service lines could be reduced more rapidly if mitigation were required when properties change hands.

Flint raised lead awareness and stimulated concerted efforts to address issues (e.g., schools). Fortunately, the data show that very high child exposures did not occur. The recent lead problem in Newark, NJ, is another example of the water supplier and the state regulator not enforcing the regulations and then expecting the federal government to pay for lead service line replacement. The LCR must be applied by all water suppliers and enforced by the regulatory agencies. The LCR could be modified somewhat and simplified, but it has been successful when enforced.

The successful reduction in national lead exposure demonstrates how comprehensive strategies aimed at a definable problem can be effective where risk reduction benefits are measurable.

Dr. Joseph Cotruvo is president of Joseph Cotruvo and Associates, Water, Environment and Public Health Consultants, with a Ph.D. in Physical Organic Chemistry from the Ohio State University. He is Board Certified in Environmental Sciences and a Research Professor in Chemistry and of Environmental Sciences at the University of Toledo. At the U.S. EPA he was the first Director of the Drinking Water Standards Division, initiating EPA’s Drinking Water Health Advisory Program, and Director of the Risk Assessment Division in the Toxics program. He was a member of the Board of Directors of DC Water and has over 300 publications, presentations, and articles on health risk, water quality, and safety.