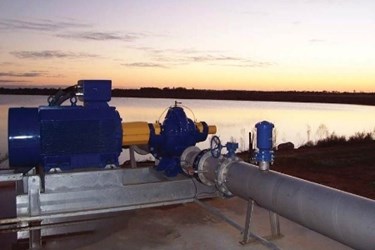 One of the UK’s longest established and most reputable water and wastewater solutions providers is set to make its debut at WEFTEC.

Established back in 1884, the name of Ham Baker is synonymous in the industry for long-lasting, precision-engineered products, with some still in operation from around a century ago.

Among the 16-strong, $60M-plus turnover Ham Baker Group of companies featuring at WEFTEC will be Kempster Engineering, who have manufactured knife gate valves for more than 130 years. The Group also includes IVL Flow Control, who specialize in all aspects of leakage and pressure management of water supply networks.

Ham Baker Group Managing Director, Andrew Williams, said: “We came over to WEFTEC last year in New Orleans and were very impressed with the show, so with our plans to break into the North American market, the time is right for us to make our debut at this top quality water industry event”.

Ham Baker Group will be on hand at Booth 5369 to provide information on its penstocks and flood defence systems, which have helped build its reputation for complete engineered solutions in the UK, the Middle East, Australia, South Africa and Hong Kong.