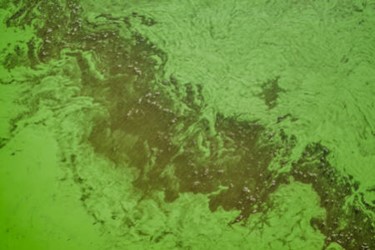 Source water contaminated with toxic algae has forced communities in Ohio to institute a drinking water ban, shut down a treatment plant, and grant Lake Erie legal rights usually reserved for human beings. Now, in an effort to curb the problem once and for all, state officials are targeting the root cause.

“[Ohio’s] patchwork of mostly voluntary efforts hasn’t slowed the farm fertilizers that feed algae blooms, leading to contaminated drinking water and dead fish,” the Associated Press reported. “Ohio’s governor has authorized an ambitious plan that this year will begin offering farmers financial incentives to adopt new agriculture practices and will create a network of wetlands to capture and filter runoff from fields.”

Toxic algae forms as the result of excess phosphorus and nitrogen runoff that is caused overwhelmingly by agricultural operations in the state.

The state has announced goals to dramatically cut nutrient pollution by 2025. State leaders have said they are committed to cutting 40 percent of phosphorus flow into Lake Erie within the next five years. But, even with $30 million of incentives at the state’s disposal for the plan, it may be difficult convincing farmers to abide.

“One of the state’s suggestions for reducing phosphorus runoff is to inject fertilizer into fields instead of on top, but that equipment costs close to $200,000,” per the Associated Press. “What holds back others are lingering questions about whether the recommended steps are feasible and effective… Surveys have shown that while up to 20% might not be willing to change, a larger share are open to new ways but face barriers, many of them financial.”

For better or worse, the approach has drawn attention to Ohio, and other states will be evaluating it as a potential solution to their own toxic algae problems.

“States throughout the U.S. will be monitoring Ohio’s results because reducing nutrient pollution from farms has been a much bigger challenge than slowing it from sewage plants and factories,” the Associated Press reported.