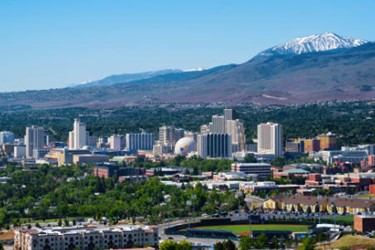 With growing demand from booming populations and increased stress from exacerbated climate issues, the country’s source water is becoming dangerously scarce in some places. Dwindling supplies in one of the nation’s more arid regions, for instance, has now hit a concerning threshold.

“Nevada has reached a ‘critical mass’ of its water supply, according to an official, leaving the state to consider how it will supply enough water for its growing population,” U.S. News & World Report wrote recently.

“We are up against that much strain in our water resources across the state,” the official, Nevada Department of Conservation and Natural Resources Director Brad Crowell, said, per the Reno Gazette Journal. “Between historical over-appropriation or over-pumping in our water basin and people moving to Nevada … I think we are already there.”

Though Nevada is only one state among a substantial handful that are dealing with source water scarcity — a list that also includes New Mexico, California, Arizona, Colorado, and Nebraska — it provides a particularly noteworthy example of how regions may increasingly come to struggle to supply water to residents.

It has explored an in-state pipeline, which has run into legal obstacles, highlighting the difficulty of such significant, infrastructure-based solutions.

“In August 2018, the state’s top water regulator denied Southern Nevada Water Authority’s plan to bring billions of gallons of water to Las Vegas through a pipeline in eastern Nevada,” per U.S. News. “But legal battles continue for the proposed pipeline, which is strongly opposed by many ranchers, tribes, environmental groups and the Church of Jesus Christ of Latter-day Saints. Crowell said the fight will probably continue for another year or two.”

And it is also considering a deal with a neighbor to solve the problem, or at least delay it, suggesting that new technology and national cooperation may be key to source water scarcity issues around the country and the world.

“Officials have also pointed to the possibility of striking a deal with California in which Nevada would finance a desalination facility for the Golden State’s use off the coast of California or the Pacific coast of Mexico,” U.S. News reported. “In exchange, Nevada would gain California’s share of the Colorado River, which accounts for 90% of Las Vegas Valley’s water supply.”

Despite Crowell’s stark description of the problem, his categorization does not impose any legal or regulatory burdens on drinking water suppliers or consumers. It does, however, paint an increasingly concerning picture for a drinking water issue felt around the country.