Every waste treatment system in the world has a biosolids management issue.  For some it is just volume disposal; for others it is toxic disposal; for still others the issue is meeting the discharge requirements.

But what if all those problems just went away simply by cleverly stirring your sludge holding pond.  After all, Nature has handled biosolids for millennia.  It all starts with understanding how Nature does it and then mimicking her sustainable practices.

Nature has a 4-step biological process for recycling waste:

Feeding granules is the key to digesting biosolids in situ. 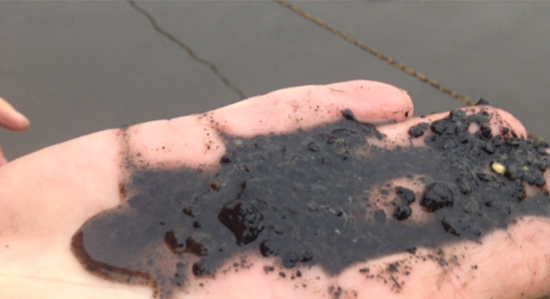 The produced gas fluidizes the alluvial sludge, bringing small granules and substrate into intimate contact.  The produced carbon dioxide is converted into local carbonate anion.  The carbonate reacts with calcium that entered in the black water and the granules grow bigger.  The methane escapes.

When the radial outflow from two adjacent 360° circulators impinge one on the other, equal and opposite flow vectors create a vertical hydraulic wall that transports surface substrate down to the hungry basement biofilm.  Gas production increases.

There are several rules to digest biosolids in situ:

These rules are typically executed best in a multi-cell, engineered system 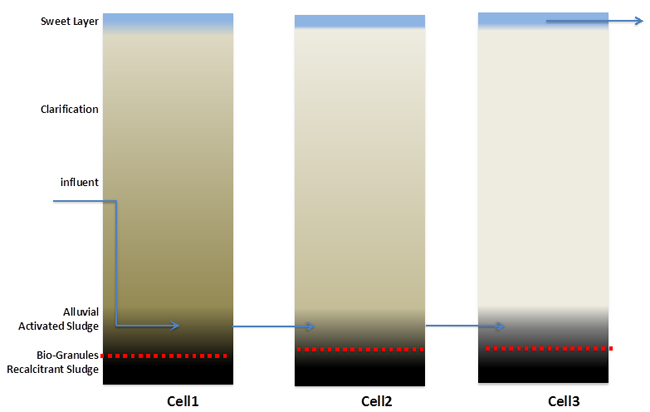 The inter-cell transfers occur low in the water column so that suspended solids enter in the fluidized bed of the downstream cell, not in the clarified supernatant.  Your detention time is used for gas formation, not settling.  The sweet layer is discharged from the final cell.

The Blue Frog System (BFS) is an engineered system that induces granule formation and then selects for sludge digesting bacteria.  Bacteria and immature granules are discharged at the base of the water column.  Once formed, the granules colonize the entire lagoon bottom and naturally regenerate themselves as acid is biologically consumed and local carbonate anions are produced.

Modifying the circulation pattern downstream of the selector tank can vary the rate of sludge digestion: 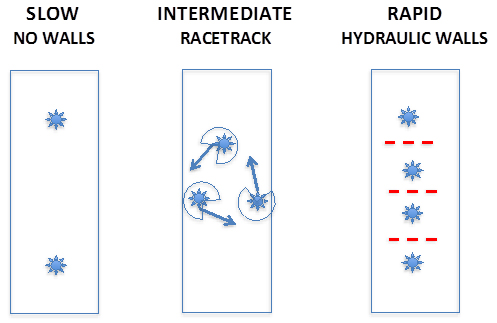 About the author:  Chip Bettle is Co-Inventor & Executive Vice President of Engineering for Absolute Aeration, LLC, Greeley, Colorado, USA.  Chip is a chemical engineer who utilizes his unique perspective, straddling both science and engineering, to lead Absolute Aeration in process development. Chip designs complex, low cost solutions to meet regulated discharge requirements. As an inventor he has over 35 approved US patents.