NIROBOX™ FW is a modular, self-contained system that treats feed water from non-saline sources such as rivers, lakes, or wells. The units can handle total dissolved solids (TDS) up to 1,000 ppm. Nirobox FW uses advanced membrane filtration technologies to remove turbidity, microbes, and other solids, bringing water up to potable standards.

A single, compact Nirobox FW unit, housed in a 40-foot shipping container, can produce up to 5,000 m3/d of clean, high-quality water that can be used directly for drinking or as industrial process water.

Fluence provides supervision of erection, start up and commissioning, operator training, full operational and maintenance support/contracts. Contact Fluence to learn more about Nirobox freshwater treatment, or to discuss your next project with our experts. 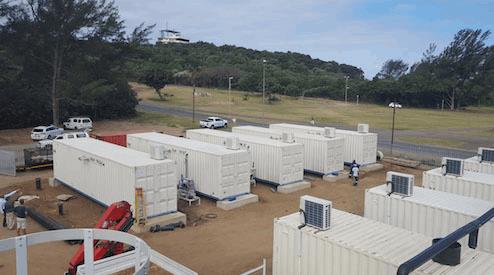 A high-output desalination plant was urgently needed to solve an acute potable water shortage on the parched southeast coast of Africa. Fluence answered the challenge with 10 of its Nirobox modular, containerized desalination units. The 10,000-m3/d assembly has centralized intake, post-treatment, and remote monitoring, and is fully automated. The plant was ordered and commissioned in just six months. It’s the first seawater desalination plant of its kind in the region. 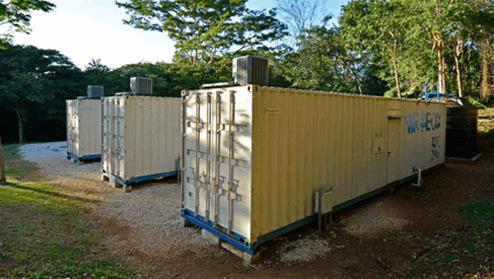 Due to an ongoing drought, a beach resort, golf course, and spa in Costa Rica was facing water scarcity. It needed a solution with a high recovery rate that featured low energy consumption and minimal use of chemicals. The system had to be quiet, have a small physical footprint, and a low ecological impact. Three Nirobox™ units were installed, with a total treatment capacity of approximately 1,500 m3/d, providing disc filtration, ultrafiltration, SWRO, and remineralization to drinking-water quality. The system was started up only eight months after it was ordered, with a plan to gradually increase reliance on the system with the approach of tourist season.