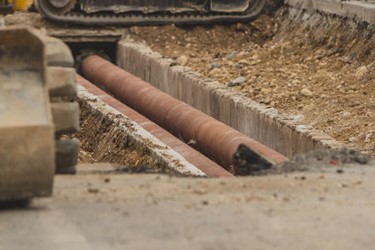 More than four years after a public health emergency was declared due to lead contamination of drinking water in Flint, MI, communities across the country continue to battle lead service lines (LSLs). In New York, a multimillion-dollar program may help put an end to that struggle.

“Eighteen communities around New York state are splitting $10 million in new state funding for the replacement of old drinking water lines that may contain lead,” according to a report from AP News. “The effort to replace lead pipes is part of a broad $2.5 billion program approved by lawmakers to improve drinking water systems around the state.”

There have been different approaches to combating the lead contamination problem in the U.S., including concerted treatment efforts at drinking water plants that add corrosion protection. But ultimately, the only way to truly solve the problem is to replace lead-leaching pipelines.

New York has already awarded $20 million for replacement costs as part of its larger $2.5 billion Clean Water Infrastructure Act from 2017.

“Eligibility for municipalities to participate in the Lead Service Line Replacement Program was based on the following criteria; percentage of children with elevated blood lead levels; median household income; and number of homes built before 1939 when lead service lines were used,” according to The Record. “Grants will be used to replace residential lead service lines from the municipal water main to the residence.”

In Riverhead Town, a New York municipality that was just offered $627,327 for LSL replacement as part of the program, officials seem excited by the opportunity but a bit wary of the potential for strings attached.

“Supervisor Laura Jens-Smith said … that while she’s excited to hear the town was selected, she wants more insight into how the program would work,” according to the Riverhead News-Review. “According to guidelines set forth by the state, the funding can be put toward engineering and design fees, legal and municipal fees and construction. Municipalities have the option of using their own work force or private contractors to perform the work.”

Even though efforts like that in New York carry with them substantial red tape and are quite costly, they could be gaining traction as more consumers become aware of the threat posed by lead contamination in their drinking water — and as politicians work to put their concerns at ease.

“Senate Majority Leader Andrew Stewart-Cousins, a Democrat, said New Yorkers deserve ‘peace of mind’ when it comes to drinking water safety and that replacing lead pipes should be a top priority,” per AP News.