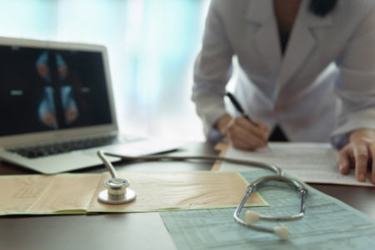 New research has underscored the pervasive health effects that can stem from one of the country’s most notorious drinking water contaminants — and it might become key in legal battles between consumers and the industrial operations responsible for introducing them into water systems.

The study looked at the health of residents of a Minneapolis suburb whose water contained elevated levels of per- and polyfluoroalkyl substances (PFAS), also known as “forever chemicals,” before the installation of a municipal water supply filtration facility in 2006, and compared it with health outcomes for the residents after the filtration facility was installed. It found that expecting mothers and newborns experienced some alarming consequences when exposed to PFAS in drinking water.

“Oakdale residents who drank water polluted with toxic ‘forever chemicals’ experienced elevated rates of infertility, premature births and low birthweight babies due to the contaminants, according to a multiyear review of health records,” the Star Tribune reported. “The authors of the peer-reviewed research … say it’s the first to establish a causal link between the chemicals and reproductive impacts.”

The research found that babies in this suburb were 35 percent more likely to weigh less than five-and-a-half pounds at birth, 45 percent more likely to be born before 32 weeks, and that the general fertility rate was as much as 25 percent lower than in communities whose water wasn’t contaminated with PFAS. These health outcomes trended closer to the norm once the filtration facility was installed.

“The research team said the study is the first to establish a cause-and-effect relationship between the filtration of drinking water containing high amounts of PFAS and better reproductive outcomes,” the Environmental Working Group explained. “Almost all previous studies have examined only the association between PFAS exposure and birth outcomes, not a direct cause and effect.”

As communities across the country look to hold industrial polluters responsible for the cost of removing PFAS from source water, the study may provide some critical legal ammunition. For instance, there are multiple lawsuits seeking damages from 3M and DuPont, two manufacturers of the chemicals.

“I think it will be used in litigation that has been filed and is going to be filed, not just here but in other countries as well,” former Minnesota Attorney General Lori Swanson, who has successfully sued 3M for $850 million in environmental damages in the past, told the Star Tribune.

Though the results of the study are jarring, they may prove to be useful data points in the fight to rid drinking water of these particularly insidious contaminants. If so, that might be one small silver lining to come from this Minnesota suburb’s struggles.