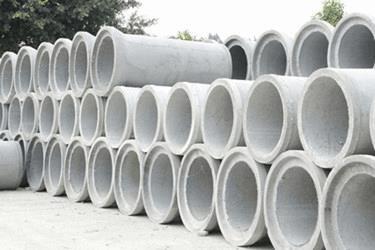 In the midst of this U.S. presidential race, a thought about Ronald Reagan (apolitical, I promise): Known as the “Great Communicator,” it’s certainly no coincidence that Reagan was an actor before becoming president; and honed communication skills, especially in times of trouble, are vital to effective leadership.

But this space is not reserved for talk of national presidential proceedings, thankfully. As it happens, the American Water Works Association (AWWA) has its own great communicator, Jeanne Bennett-Bailey, to be named president at the culmination of the organization’s Annual Conference and Exhibition (ACE) — and not a moment too soon.

With the lead contamination of Flint, MI, and its fallout grabbing national headlines, water utilities are suddenly in the position of defending their longstanding, exceptional record of service. Add that to the existing storyline where water and wastewater utilities have, for years, struggled to convey the “value of water” — to obtain financing for infrastructure renewal — and it’s clear that effective consumer outreach is more essential right now than ever before.

It’s fortunate, then, that Bennett-Bailey is stepping in as president for AWWA. Even better than actor-turned-president, the 30-year industry veteran comes into the role having recently been public affairs officer at Virginia’s largest drinking water utility, Fairfax Water, which serves nearly 2 million people in the Washington, D.C., metro area. Her focus, however, just got much bigger.

How will Bennett-Bailey allay fears and inspire progress in these tough times? Here are her thoughts — moreover, her words (an important distinction for communicators) — on four of the industry’s biggest challenges.

On Flint: Restoring Confidence, Removing Lead
Water professionals understand that confidence is earned over many decades and can be damaged very quickly. They strive to produce safe water 24/7, and, in the vast majority of cases, they deliver on that goal. In many ways, water, like politics, is local. If a utility has good relationships with its customers, it’s unlikely that what happens elsewhere will have lasting damage.

"It’s difficult to say something good will come out of what happened in Flint, but if we fast-forward a few years, hopefully we’ll see some positive outcomes."

An AP poll in the middle of the Flint crisis showed about half the population was either extremely confident or very confident in tap water. Two in 10 said they were not confident, so there’s always more work that can be done. We need to continue to find ways for people to get to know their water.

… It’s difficult to say something good will come out of what happened in Flint, but if we fast-forward a few years, hopefully we’ll see some positive outcomes. First, families will be more aware of all lead risks, including those from water, and they will be inspired to take steps to reduce exposure. And second, as a society, we’ll have taken more purposeful steps to get the lead out altogether — lead service lines and home plumbing included. AWWA published a study in March that showed some 6.1 million lead service lines remain in the U.S. alone. That suggests there has been progress over the past couple decades, but there’s a long way to go.

On Communication: Earning Positive Press
Generating positive media stories sometimes takes more work and planning, but it can be done and is being done by utilities every day. We can look for calendar moments such as Drinking Water Week or World Water Day to talk about the importance of water in all facets of our lives. We can engineer stories about water infrastructure, where we take media below ground to make the case for water infrastructure funding. We can show off innovative technologies that demonstrate how water professionals are forward-thinking and stewards of the environment. There’s plenty we can do. It begins with building relationships with media before there’s a crisis.

I think one of the most important things to remember is that we are often part of the community we serve. Our family, neighbors, and friends are also those that we serve. There are as many opportunities for us to share about the importance of water in our own backyard BBQs as there are for media stories.

"... if we fail to expand our water portfolios by taking advantage of new technologies, we are in real trouble."

On Infrastructure Financing: WIFIA And Washington
The U.S. Congress enacted the Water Infrastructure Finance and Innovation Act in 2014 as an innovative, cost-effective mechanism to help the nation renew, improve, and rehabilitate its aging water and wastewater infrastructures. But WIFIA came with some unnecessary budgetary red tape, specifically a ban on the use of tax-exempt debt in combination with WIFIA loans.

About a year ago, AWWA initiated a “free WIFIA” campaign to encourage Congress to lift that restriction. Thanks to the hard work of many members and partner organizations, Congress removed the ban in December of last year. That makes WIFIA a much more attractive financing tool. Still, in the fiscal years 2015 and 2016 omnibus spending bills, Congress provided only $2.2 million for the EPA to stand up the WIFIA program — no money for actual loans. It’s time to appropriate money for WIFIA to do its important work.

Today, WIFIA loans can only support 49 percent of a project’s costs — 100 percent would be better. We’re asking Congress to remove that restriction, and we’ll continue our longstanding support for funding State Revolving Funds.

… One proposal in the Senate related to Flint would actually direct $70 million in funding to WIFIA, which would leverage into at least $700 million in financing for water projects both there and elsewhere. So it’s good to see Congress recognizing WIFIA’s potential.

On Water Security: The Biggest Threat … And Promise For The Future
I believe that if we do not make efficient use of the water we have and that if we fail to expand our water portfolios by taking advantage of new technologies, we are in real trouble.

We can avoid these pitfalls in a number of ways. For instance, this past March AWWA announced a challenge to its member water utilities and others across the globe to complete 1,000 water audits over the next two years using AWWA’s newest Water Audit Software. Simply gaining an understanding of where our water is going will go a long way toward eliminating waste.

We also need to begin taking a serious look at new technologies like desalination and reuse. They are expensive and difficult to implement, but I believe they are both critical to long-term sustainability. ... As water sector solutions become more complex, water professionals won’t be able to easily fall into drinking water or wastewater categories. Instead, I believe utilities will begin to view water more holistically. In many cases they will need to be looking for new sources and new treatment solutions. It’s an exciting time, and I’m looking forward to seeing how it all works out.

A new vision indeed, communicated quite well. Great, even.