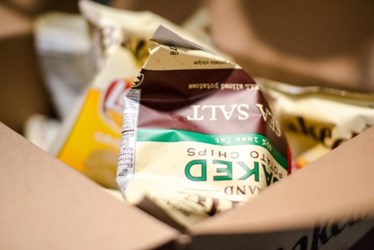 "A group of Australian engineering students have designed a water purifier that can be created from an empty packet of chips. Harrison Evans, Anthony Liew, Mark Padovan and Michael Watchman from the School of Mechanical Engineering at the University of Adelaide created a potentially life-saving water treatment system using a glass tube and a metal chip packet," Mashable reported.

"Chip packets are everywhere and once used, usually get thrown out," said engineer Cris Birzer, who helped guide the project. "The idea is that chip packets, which are made from metallized plastics have a highly reflective surface."

The system, known as solar disinfection, uses UV radiation from the sun to produce oxygen radicals in the water. These, in turn, kill pathogens in the water, according to the report.

"The device can be attached to a water system, making it more effective than the current method of standing a plastic bottle full of water in the sun for a day," the report said.

An upside of the project is that it is cheap. As the Daily Mail put it, "A $67 invention that uses packets of empty chips to purify contaminated water could be Australia's answer to saving millions of lives,"

The aim is to help developing countries where clean water is scarce. Papua New Guinea is one target country.

"The water treatment system was developed in collaboration with ChildFund Australia, an organization dedicated to promoting children's rights across the globe. One of the team's main design focuses was to provide a solution that could easily be adapted by local communities in PNG. As such, it was critical that the materials were cheap, light and accessible," GizMag reported.