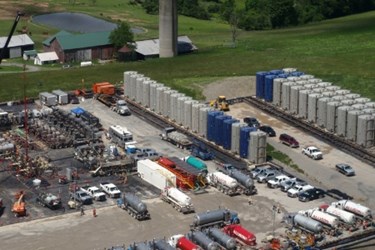 Hydraulic fracturing has unleashed massive new supplies of natural gas, as well as anxiety about contaminated drinking water and earthquakes.

The U.S. Bureau of Land Management recently revamped 25-year-old rules for oil and gas drilling on federal and Indian lands to deal with environmental concerns about hydraulic fracturing.

Both sides of the environmental debate are on the attack. Wyoming, North Dakota and two industry groups are suing to stop the rules, and Republican U.S. senators introduced legislation to prohibit federal regulation of hydraulic fracturing. Meanwhile, some Democratic members of Congress moved to ban hydraulic fracturing on federal land completely.

The 100-page final rule boils down to three main rule changes, which will take effect next month. Gas and oil companies will have to store wastewater from wells in tanks rather than open-air pits. Also, the companies will have to disclose publicly the chemicals they use at each drilling site. Third, drillers must test all wells before production begins, rather than testing only the first well of a new type. In states that have stricter rules than the new federal requirements, the state rules will apply to federal lands.

Mark Zoback, a professor of geophysics and director of Stanford's Natural Gas Initiative, was a member of the U.S. Secretary of Energy's advisory board committee on shale gas production and environmental protection. Robert Jackson, a professor of Earth system science and a leader on the water and air impacts of natural gas and oil extraction, published the first studies of hydraulic fracturing's impact on drinking water.

Do you think the new rules are too strict or not strict enough? 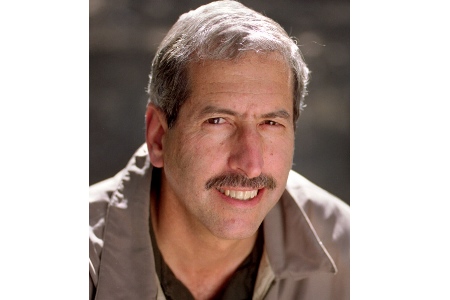 Zoback: There's no question these are steps in the right direction, but more can be done. In 2011, President Obama charged then-Secretary of Energy Steven Chu with answering whether shale gas resources could be developed in a way that protected health and the environment. Our committee's answer was a resounding "yes," but we made 20 recommendations about how things could be done better. The three main new rules from the Department of the Interior are from that list.

What about the quality of well construction?

Zoback: This is really important for people to understand – the greatest threat to the environment is improper well construction. Whether or not hydraulic fracturing is involved, you have to drill properly, cement properly and case wells properly. Problems with hydrocarbons escaping from wells are almost always due to poor well construction, as it was with the Deepwater Horizon accident in the Gulf of Mexico. So, the rule that you have to assure that every well is constructed properly, not just every type of well – as originally proposed – is right.

What about wastewater pits?

Jackson: The new regulations bring federal lands up to the standards of most states operating today. They also reflect the typical practices of responsible companies. Wastewater pits – a temporary place to store the water until it can be trucked away – are a good example. Fifty years ago, they were unlined. Then they were lined with plastic or sprayed with polymers. Today, most companies no longer use lined pits, though there are some exceptions. Liners can rip and you can have groundwater infiltration. Chemicals can migrate into the air and move downwind to where people live and breathe.

What about the costs?

Jackson: The additional cost is only about $10,000 per well, compared with average drilling costs per well of more than $5M. And for the many companies already doing these things, the new rules won't cost them a dime.

What do the wastewater containers accomplish?

Zoback: Water injected during hydraulic fracturing can return with various contaminants and with small amounts of natural gas in it. If you just put the water into an open-air pit, the gas and other toxic compounds can escape into the air. A covered container makes it possible to capture those fugitive emissions, which is important locally to reduce air pollution and globally to avoid unwanted methane emissions. Methane is the primary component of natural gas, and it's a very potent greenhouse gas.

Do the organizations suing to stop the regulations accurately represent most of the companies?

Jackson: Publicly, most companies object to the new rules. Privately, companies already using best practices often welcome the chance to have their competitors play by the same rules. The regulations will only affect companies that are cutting corners today.

Do you expect states that regulate the oil and gas industry lightly to adopt policies like these for private and state-owned lands?

Jackson: In the short term, probably not. But, over time, people look at their rules and compare them with other states, and they ask why they don't have comparable protections to their neighbors. Then you can start to see adoption.

More immediately, I think the new rules will have a bigger effect outside the United States. These standards send a signal to other countries that are developing their shale gas and oil resources, such as Mexico, Argentina, South Africa and China. Many countries are looking at the U.S. experience and deciding what to do.

What other rules could or should the federal government have included?

Zoback: When you poll people in areas where a lot of drilling is going on, their main complaints are traffic and the overall level of industrial activities occurring in and around their communities. Regulatory agencies need to do more to reduce the cumulative impacts when there is going to be drilling of a lot of wells in an area. We need to do something analogous to city planning. It's one thing to drill a few wells here, build a road there and a new pipeline over there. But how does this work when there are many companies drilling hundreds of wells in a given area?

Jackson: The bureau decided against requiring baseline testing of the quality of nearby drinking water before drilling begins, and then testing on an ongoing basis. They should have made it a requirement in the way that many states already do.