“Were all the studies and effort and research worth it?” said Fred Sanchez, Denver Water's water quality manager. “You’re darn straight it was.”

Every year, Denver Water installs more than 100,000 feet of new water main delivery pipes, which are typically found under a neighborhood’s streets. New pipes are installed for a variety of reasons, such as replacing older pipes, repairing broken pipes and improving the delivery of water to an area.

Before newly installed pipes are put into service, the pipes are cleaned and disinfected — and then must pass a test showing they can deliver clean, safe water to Denver Water’s customers.

Denver Water uses liquid chlorine, liquid ozone and/or pressure washing methods to clean and disinfect newly installed pipe. Then crews flush the pipe for hours, sending thousands of gallons of water to the storm sewer before the pipe is tested for harmful bacteria.

In 2019, Denver Water added another technique to its disinfectant arsenal — gaseous ozone — becoming one of the first water utilities in the world to do so.

“This is the next evolution in disinfection methods,” said Ryan Gregg, water quality supervisor.

In 2013, after crews had finished a job installing 1,000 feet of pipe, water quality technicians could not get any of the traditional disinfection methods to work. Tests kept showing bacteria present inside the pipe.

“We used everything we had, but we could not get it to pass the test,” Gregg said. “So, we had to replace it. They had to rip it out of the ground and install another 1,000 feet of pipe.”

Crews installed the same type of pipe from the same manufacturer and tried again.

“Still, we could not get it to pass,” Gregg said. “So they had to replace it a third time.”

This time, crews tried a different pipe material and were able to disinfect it properly. 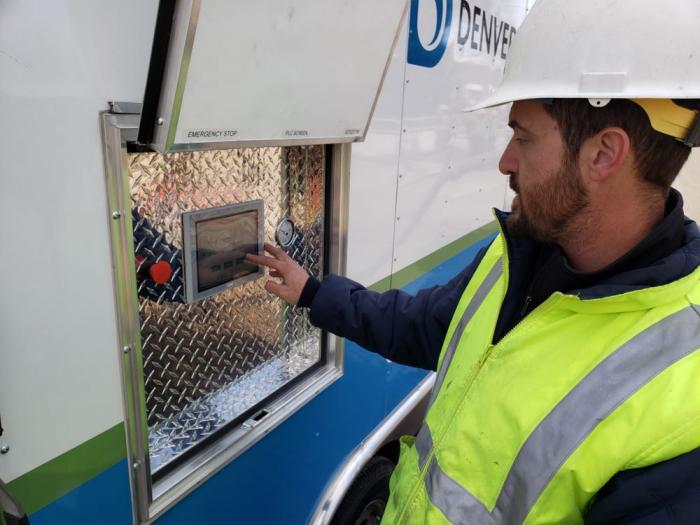 Perplexed, water quality technicians studied samples from the pipe that had failed to pass the repeated tests. They found that it had been contaminated with Pseudomonas aeruginosa, a kind of bacteria, which, once established, is extremely hard to remove.

All the waste from dealing with chlorine-resistant bacteria — the water needed for flushing the pipe repeatedly, traffic detours, staff time, money — left its mark on Denver Water’s scientists.

They started searching for an alternative disinfection technique, one that could eliminate stubborn bacteria without so much waste. 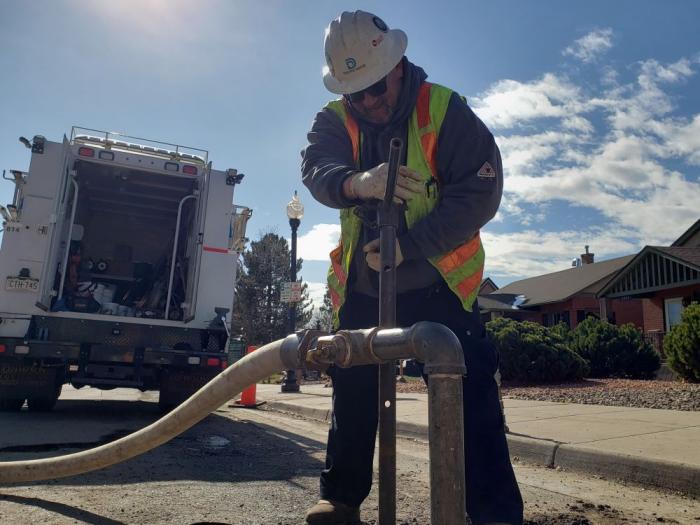 After each test, researchers were impressed with the results.

“Soon, we had all the data we needed to conduct a full-scale application,” Gregg said.

In the field, Denver Water’s custom-built ozone gas trailer pulls outside air in, separating oxygen (O2) and nitrogen, Gregg said. Then, the concentrated oxygen goes to the other side of the trailer where high-voltage electricity helps to create ozone, or O3. 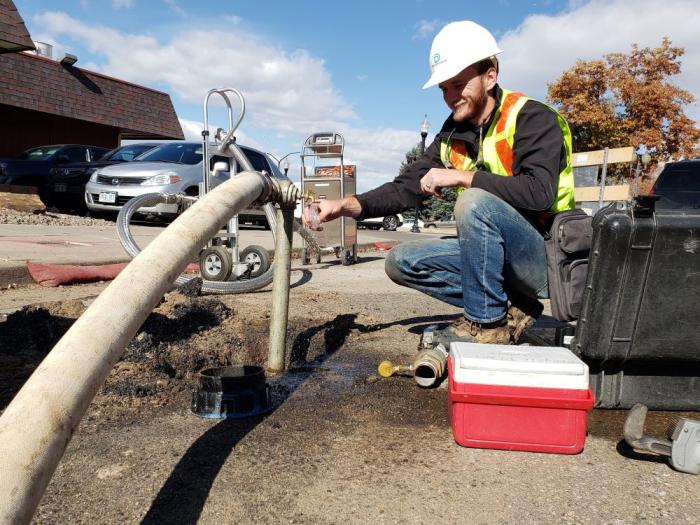 Alarms and fail-safe measures ensure crews stay safe, and the ozone is then purged and rendered ineffective afterward, said Jill Vandegrift, CDM Smith environmental engineer who worked on the project.

“There is no concern with the public breathing ozone once the pipe has been disinfected,” she said.

The process is fast and requires little flushing. In fact, gaseous ozone saves Denver Water 13.5 million gallons of water a year and reduces staff time by about 30 days annually.

“An older method of having water mains pass the disinfection test is to flush water through them for long periods of time.” Gregg said. “That’s very wasteful. We’re trying to conserve water, and at the same time fix the issue of having to replace newly installed pipe.”

Since the trailer went into use in 2019, Gregg estimates it has prevented nearly a dozen pipelines from needing to be re-replaced because they couldn’t pass inspection with traditional disinfection techniques. 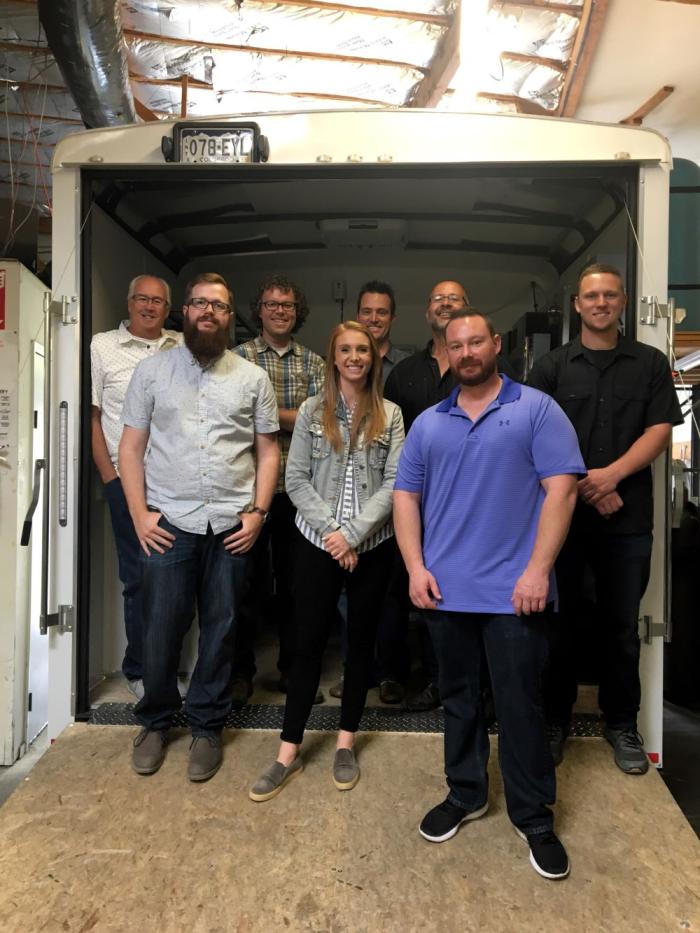 Denver Water continues to use traditional disinfection methods, depending on pipe material, environmental constraints and design, in addition to ozone gas.

This new technique, Sanchez said, is effective, affordable and environmentally sustainable, a worthwhile consideration for other utilities dealing with chlorine-resistant bacteria.

“As more and more utilities consider it, it will get there. It takes time for these things to catch on. But I think it will.”