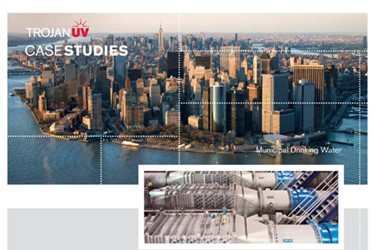 New York City is made up of five boroughs: the Bronx, Manhattan, Queens, Brooklyn, and Staten Island, and is home to more than 8 million people, making it the most populous city in the United States.

The city draws its drinking water from two protected surface water systems: the Catskill/Delaware and Croton watersheds. The majority of New York City's (NYC) drinking water is supplied by the Catskill/Delaware watershed, located approximately 100 miles outside the city. Historically, NYC has not filtered the water from this system, nor did they require any additional barriers to microbial contaminants due to the pristine nature of the watershed. The total area of both watersheds is approximately 1,972 square miles and contains 19 reservoirs and three controlled lakes.

In 2006, the U.S. EPA released the Long Term Enhanced Surface Water Treatment Rule. Engineers working on the Catskill/Delaware project evaluated a new filtration plant, but the cost of installing a 2.2 billion gallon per day (BGD) filtration facility was significantly greater than other alternatives. After evaluation of available technologies, it was decided that UV was the most practical and cost-effective solution.