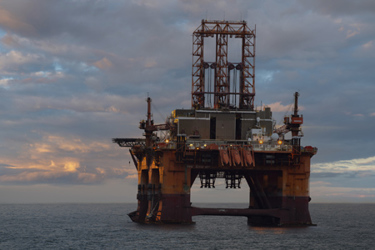 You cannot produce oil without water, because water is present naturally in both onshore and offshore oil reservoirs. This naturally occurring water is called produced water. Produced water has a simple to complex composition that is variable, and it is considered as a mixture of dissolved and particulate organic and inorganic chemicals (Al-Ghouti et al. 2019) with an average of 7 to 10 barrels of produced water being generated for each barrel of oil during the course of an operation (Guerra, Dahm, and Dundorf 2011).

It is estimated that more than 100 million tonnes of produced water are produced daily around the globe, with a significant percentage of this water being discharge or utilised for reinjection purposes (Igunnu and Chen 2014). 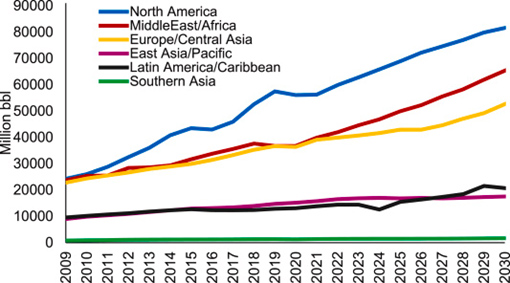 Thus, there is a growing interest in the potential water resource value of produced water since most oil and gas fields producing are in water-scarce areas such as the Middle East, including third world countries with struggling economy and other similar areas.

The significance of produced water as a water resource is becoming more important because of the geology of many oil and gas fields and other water-scarce regions.

As conventional oil fields age, more water is produced per unit of oil. Thus, cost of purifying, managing, and disposing the increasing amounts of produced water approaches a tipping point forcing the abandonment of wells (Amakiri et al. 2022). Primarily, produced water during oil and gas production operation is treated to a standard specification in other to enable reinjection or discharge to meet minimum environmental standards prior to discharge into receiving waters. Thus, high volumes, salinity, and the complex composition of produced water has been an obstacle to the uptake of large-scale beneficial reuse systems.

In this section, a few proposals in the context of policy modification, advances in technological innovation, and economy.

In view of the environmental concerns about produced water discharge, oil and gas producing countries in different regions have instituted regulatory guidelines, which describe reasonable concentrations or limits of constituents that uphold a safe practice. However, rising water stress circumstances have resulted in more strict regulatory measures mandating greater rates of beneficial reuse. That said, the question of produced water impact to the environmental remains a matter of continues relevance as a result of the adverse impacts to surface waters (streams, rivers, lakes, bays, and oceans) and lands proximate to the operational site. This is especially true in the presence of priority pollutants such as monocyclic aromatic hydrocarbons, BTEX (benzene, toluene, ethyl benzene, xylenes), polycyclic aromatic hydrocarbons (PAH), and related heterocyclic aromatic compounds, and more concern has been expressed due to discharges of 2–6 ring PAHs (Hedar 2018).

Thus, for use of produced water for beneficial purposes to be effective, the value of produced water must be within the required permissible limits in each use. On the flip side, while regulations or regulatory oversight in the oil industry is extremely weak, O&G remains the most regulated group of compounds with more demanding restrictions for discharge and/or reuse according to the legislation. Meanwhile, the major hazardous constituent of produced water falls in dissolved organic components. Permissible limits for low molecular weight, volatile aromatic hydrocarbons, such as BTEX and naphthalene, that contribute to the aquatic toxicity of produced water are rarely taken into regulatory consideration.

The pace of technological innovations fixated on produced water management is increasing. These reflect a variety of control hierarchy measurements (i.e., reduce, replace, and reuse options). Reduction is being achieved by advancements in down-hole subsurface engineering, such as separation of produced water and oil at the source and retention of the water in the subsurface. Replacement takes several forms, but the most common is the use of gases to replace stimulation water, with the additional impact of lowering produced water flows. Reuse is mostly related with process engineering improvements that improve treatment systems. Desalination is one part of this. Desalination focuses on coupling various membrane technologies and revisions to traditional reverse osmosis procedures in order to treat a wide variety of dissolved, suspended, and emulsified pollutants to needed standards. Also new research studies are developing long-lasting membranes capable of withstanding the high backpressures and maintenance regimens required to handle challenging compositions. Mechanical and thermal desalination methods are being researched to reduce energy consumption and improve treatment system efficiency. Additionally, advanced oxidation processes (AOPs) are increasingly studied to purify produced waters; specifically, to reduce the concentrations of organic pollutants and aid subsequent purification steps.

One of the factors that is contributing to reuse becoming more of a standard is the increasing level of consensus in water value. A good representation of water value includes technical expenditures as well as hazard and opportunity factors that put social and environmental concerns into consideration.

Generally, hydrocarbon production has a complex relationship with produced water, which it has been in contact with for centuries. As a result, its properties and volume can even vary throughout the lifetime of a reservoir thus it is expected that high water-to-oil ratios will negatively impact production performance and costs, while poor management and disposal of produced water results in suboptimal outcomes for operations. In other words, engineering costs increase with increasing water withdrawal and field maturity, as do opportunity costs when water is not used for beneficial purposes. Regulations mandating the reuse and zero-liquid-discharge limits are permitting the consideration of a considerably broader variety of reuse possibilities, a proliferation of choices, and a deeper knowledge of their practicality.

Increased water stress and uncertainty are the key drivers of change in produced water management. Against this context, there is clarity on water cuts in the future and the magnitude of produced water volumes. As a result, considerable convergence has emerged between policy, technology, and economic analysis, which is aiding the acceleration of new projects and breakthroughs.

Operators who understand the environmental and economic context of their water systems can make them more resilient by understanding and deploying water systems that reflect a more valid and representative water value and a deeper understanding of water-cycle cost and risk issues.

Kingsley Amakiri is a trained Chemical Engineer with a PhD in Chemical Engineering at the University of Huddersfield. He serves as a consultant for Wateren Service Limited. Kingsley successfully collaborates with other universities and industries, offering sustainable Water treatment solutions. He has gained several awards, including the IEE future star of nanotechnology award in 2020. He also uses innovative teaching approaches to deliver modules aligned with his research interests to students in various degree courses. Kingsley is a Member of the Institution of Chemical Engineers and the Royal Society of Chemistry.