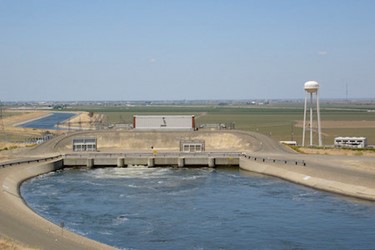 Some of California’s struggles with drinking water are well known. The state’s ongoing drought conditions and the difficulties around providing enough supply for residents are usually spread across headlines.

While any health consequences have not been conclusively traced back to the unsafe water, an academic journal estimated that over 15,000 cases of cancer could result within 70 years due to the issue.

Even though the data indicated that contamination affects drinking water throughout California, it appears to disproportionately impact the state’s agricultural epicenter.

“The failing systems are most heavily concentrated in small towns and unincorporated communities in the Central and Salinas Valleys, the key centers of California agriculture,” according to the Times. “About half of all failing water systems are in the agricultural San Joaquin Valley, the southern section of the broader Central Valley.”

State officials seem aware of the large-scale problem, though have not yet been successful in making any substantive fixes. The governor has called for more than $100 million to be spent on rehabbing drinking water systems. In addition, he has proposed a $140 million tax on urban water districts and the agriculture industry to help pay for additional redevelopment, according to a previous New York Times report.

It’s unclear if that proposal will pass or how well it will ultimately solve California’s latest drinking water issues. The state’s largest water distributor, for instance, seems intent on blocking the proposal.

“Some have bristled at the proposed tax, given the already high tax rates in the state and a budget surplus of more than $21 million,” the Times reported. “The Association of California Water Agencies — whose members provide an estimated 90 percent of water distributed in the state — has spoken out against the governor’s proposed solution, arguing it would affect the cost of living in already-expensive California.”