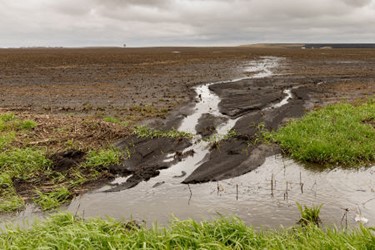 California is well known around the world for its bounty of farmland and agricultural products. But this excess brings an acute problem for water treatment operations: nitrate contamination.

Nitrates, chemicals that find their way into water supplies through fertilizer runoff, have been linked to health issues when consumed at high levels. As California water suppliers struggle with removing the chemicals from drinking water, a new solution may have emerged to help put an end to the issue.

“A San Francisco Bay Area-based company called Microvi … has landed on a unique way to handle water-cleaning microbes to minimize waste and — if its technology can scale up — potentially reduce costs for small outfits and disadvantaged California communities where nitrate pollution is most acute,” according to Scientific American.

According to the report, most drinking water operations leverage ion exchange to remove nitrates, flowing water through a resin that exchanges the nitrates for salt ions and creating a brine that needs to be disposed of in an expensive manner. While wastewater operations use microbes as standard practice, and create sludge in the process, the practice isn’t commonly used for drinking water treatment

“But Microvi says it has found a way to prevent sludge formation in a system that uses microbes to clean drinking water,” Scientific American reported. “It houses the microbes in water-permeable, jelly bean-sized beads made of plastic composites that create the right conditions for a process called cryptic growth, which stops organisms from reproducing but lets them remain viable enough to clean water.”

The theory is that this system should maintain a stable microbe population for up to 10 years, as living microbes digest dead ones and thus avoid a buildup of sludge. Microvi’s technology can reportedly remove ammonia, phosphorus, and other pollutants from both drinking water and wastewater through reactors that can be plugged into larger treatment facilities.

While the widespread application of microbial nitrate removal has yet to be proven as effective, Microvi has yielded some promising test results.

“Strict third-party testing, which secured the California state government’s approval for the technology, found it reduced nitrates to five milligrams per liter or less — competitive with ion-exchange treatment and well below the Environmental Protection Agency’s standard of 10 milligrams per liter,” per Scientific American. “Later testing by the nonprofit Water Research Foundation confirmed those results and calculated that over a 20-year period, the Microvi system would be roughly one third less expensive than ion exchange.”

At least one small California water utility has already adopted Microvi’s technology. It could be the use case that microbial nitrate removal needs to catch on for drinking water.