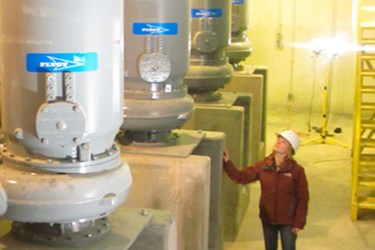 According to YCUA, it had become apparent during storm events that increased capacity would be critical for three of the four stations.