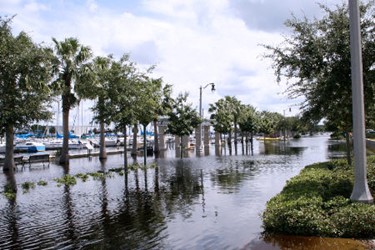 Few cities around the country are as acutely threatened by climate change as Miami. That’s why local officials recently released major new plans to combat sea level rise and the increasing threat posed by tropical storms, with a particular focus on stormwater infrastructure.

“A major piece of the puzzle will be updating the city’s stormwater system, which is increasingly taxed by higher seas and more flooding,” per WLRN.

The city plans to work with the National Flood Insurance program to cut rates for its property owners, essentially conceding that flooding will affect their properties. It has also begun the process of converting its master plan into a digital form and has mapped its sea walls to help determine how they should be updated.

Ultimately, it seems that nearly any fixes that have the potential to curb flooding and keep it from damaging property or contaminating drinking water supplies are on the table.

“Some fixes will require concrete flood barriers, while others could include converting areas to wetlands better able to absorb higher water,” WLRN reported, noting that “elected officials promised to clean up existing water blamed for fouling Biscayne Bay, and they’ve already ordered the city to improve water testing.”

Of course, the proposed solutions won’t get very far if Miami is unable to secure the funding necessary to implement them. Again, city officials appear open to a broad array of workable options.

“The strategy has the city considering taxing waterfront areas to pay for protection from hurricane storm surge and sea level rise, hiking impact fees on new development and starting a city fund for future resilience efforts,” according to the Miami Herald. “It also asks the city to help residents figure out how to pay to adapt their property, either by pointing them toward federal or private options or creating a city-owned revolving loan fund.”

What is clear is that Miami is committed to fighting back against a warming climate that will increasingly put it at risk. With flooding resilience and water quality at the forefront of its strategy, it could establish some defenses that provide models to drinking water and wastewater utilities around the world.