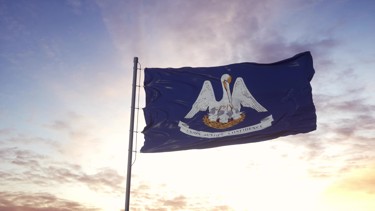 As a Gulf Coast state struck with notoriously frequent flooding, Louisiana is well-known for its struggles with stormwater issues. But, despite the inundation of water that it frequently sees, a surprising confluence of factors means that it is now facing water-scarcity issues as well.

“Groundwater levels in and around Louisiana are falling faster than almost anywhere else in the country, according to U.S. Geological Survey data,” NPR reported. “An analysis by the Investigative Reporting Workshop [IRW] … traced the problem to decades of overuse, unregulated pumping by industries and agriculture, and scant oversight or action from legislative committees rife with conflicts of interest.”

With two-thirds of the state relying on aquifers for their drinking water supplies and climate change likely to exacerbate drought conditions, Louisiana shares some underlying issues with many Western states.

“As of this week, 9.3% of the state is in a moderate drought compared with 2.7% a year ago, according to data from the U.S. Drought Monitor,” NOLA.com reported. “Another 23.22% of the state is abnormally dry, which is an indicator that the area is moving toward drought conditions.”

But there are some unique reasons that it is facing water scarcity as well. For one, the geographical position of its aquifers means that its freshwater can easily become mixed with saltwater.

“The Chicot Aquifer … is being overdrawn by about 350 million gallons a day. And that’s creating another threat: saltwater intrusion,” NPR reported. “Overpumping reduces the downward pressure exerted by the aquifer’s fresh water, giving seawater from the Gulf of Mexico room to move in and fill the void. Aquifers in other parts of the state are also dealing with saltwater intrusion.”

With significant oil and gas operations, paper mills, and others operating in Louisiana, industrial groups there draw more source water than they do in any other state except for California, per NPR. And, in addition, potential conflicts of interest for state officials uniquely contribute to Louisiana’s growing water problems.

“At the state level, there are two legislative committees responsible for managing water,” NPR reported. “But the IRW … investigation found more than a third of the 25 legislators who sit on them have business ties to major groundwater users.”

As Louisiana’s source water scarcity is poised to only grow worse in the near future, one of the many contributing factors will have to give at some point.