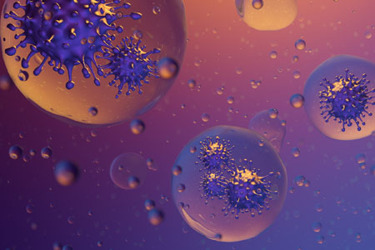 At this stage in the COVID-19 pandemic, where disease levels are diminishing in several parts of the U.S., authorities seeking to detect and isolate new outbreaks have found it best to transition from a triage-based clinical testing strategy to a broad surveillance strategy. The Center for Disease Control and Prevention (CDC) has turned to wastewater testing for surveillance because this form of community-based testing allows authorities to detect spikes in viral levels in a community days before individuals experience clinical symptoms while encompassing the part of the population that is asymptomatic or hesitant to be tested.

Wastewater testing pre-dates the pandemic. Before widespread surveillance for the virus that causes COVD-19, water-based epidemiology (WBE) was used to answer specific questions in communities, such as the spread of illicit drug use, the prevalence of pharmaceutical and industrial waste in lakes and ponds, the detection of microbial contamination in our drinking water, the presence of invasive species in our environment, and the presence of other pathogens in wastewater. Scientists can direct wastewater testing at many pathogens such as norovirus, MRSA, Zika virus, dengue virus, and the viruses that cause Ebola to create an early warning system for their spread. This article will look specifically at how scientists are using wastewater surveillance testing for the early detection of disease and the technology that has helped make this possible.

Through wastewater surveillance, scientists can detect and quantify small concentrations of a pathogen coming from a building, a community, or a larger region. Routine monitoring allows for an early warning of days to weeks before clinical symptoms appear, making it possible for authorities to intervene earlier and mitigate the impact of an outbreak. For example, at the onset of the COVID-19 pandemic, a study by KWR Water Research Institute in the Netherlands showed that scientists could detect the presence of the SARS CoV-2 virus in the Netherlands days before clinical cases appeared. This study examined the value of wastewater testing using a technique that is not commonly associated with COVID-19 testing in the U.S. While the gold standard method for clinical COVID testing is quantitative PCR (qPCR), scientists have found Droplet Digital PCR (ddPCR) to be the ideal method for wastewater testing.

ddPCR differs from qPCR in that it is a molecular counting technique combined with distribution statistics. It provides an absolute count of target RNA or DNA levels, without relying on a standard curve, thus making the technique more sensitive to low levels of nucleic acids in water.

ddPCR quantifies viral RNA by partitioning a wastewater sample into tens of thousands of nanoliter-sized droplets. Once partitioned, the DNA or RNA in the sample will find itself distributed among these droplets. Some droplets will feature the target sequence — such as the SARS-COV-2 virus, others will not. If a droplet includes the target sequence, that target will amplify, and a reporter probe will emit a fluorescent signal. If the droplet does not contain the target sequence, the nucleic acids in that droplet will not amplify, and the droplet will stay dark. The system counts the number of fluorescent positive and negative droplets, adjusts for distribution effects using Poisson Distribution analysis, and determines the concentration of SARS-CoV-2 in the original sample. When properly performed, ddPCR has a precision of +/- 10%.

Why ddPCR Is Ideal For Wastewater Monitoring

ddPCR is more precise and accurate than qPCR because of its direct counting process. qPCR determines the concentration of a target of interest in a sample by comparing its amplification profile with that of a series of standards. Standard curves are produced by diluting a known amount of the target molecule in a mix that mimics the real-world sample. Properly managing and maintaining standards can be a full-time task and is prone to human variability. A low target abundance variability is usually high and expected precision is in the range of +/-100% (or 2-fold).

Additionally, wastewater is full of inhibitors: it contains many biological materials and chemicals that can disrupt a PCR reaction. Balancing purification and sample yield is a challenge as insufficient purification leaves behind residual inhibitors, and too much purification reduces the number of molecules present in the sample. ddPCR is less sensitive to inhibitors because it is analyzed post thermocycling. Inhibition that reduces yield or delays amplification is tolerated due to the “positive or negative” (digital) analysis of the droplets. As long as sufficient amplification has taken place to push the positive droplets above the negative baseline, they count, even at low concentrations. This provides users more flexibility in the wastewater purification process.

The CDC has endorsed ddPCR as a superior technique for wastewater monitoring because it is less sensitive to inhibitors in wastewater.

The CDC's Approach To Wastewater Testing

Earlier this year, the CDC announced plans to expand a sentinel program for detecting the spread of SARS-CoV-2 in wastewater in the US. The National Wastwater Surveillance System operates with over 400 sites, with more joining each week. The CDC makes wastewater surveillance data available to the public so people can see trends in their communities.

For over a decade, scientists have leveraged ddPCR across basic and translational research, biopharmaceutical manufacturing, and clinical diagnostics, and it has found a new use in widespread wastewater surveillance. It is exciting to see this technology expand this application, dedicating its proven benefits to a new mission: mitigating the spread of deadly infections worldwide.

For information on Bio-Rad’s partnership with WBE and a roadmap for U.S. government funding, visit http://www.bio-rad.com/feature/wastewater-partner-epidemiology.