Legionella Conference 2018: Controlling This Deadly Bacteria Will Take A Village

Controlling Legionnaires’ disease will require a universal, preventive-based approach by a bevy of stakeholders ranging from building owners to hospital administrators, from public health officials to policymakers, and from scientists to water system engineers.

In other words, it’s going to take a village to get a handle on the deadliest waterborne disease in the U.S., participants heard recently at Legionella Conference 2018 in Baltimore, co-sponsored by NSF International and the National Science Foundation.

Incidence of Legionnaires’ disease — a severe lung illness caused by Legionella bacteria inhaled from water distribution and premise plumbing systems — has jumped more than 300 percent since 2000. Yet preventative efforts, conference speakers said, are being hampered by a lack of awareness and inconsistent planning, testing, and management of building water systems. There are more than 5 million commercial buildings in the U.S.

“If we want to reduce the incidence of Legionella outbreaks, and improve the response to them, we need to create a water safety culture,” said Christopher Boyd, General Manager of the Building Water Health Program for NSF International. “That’s the key: Integrating all these different stakeholders into a culture of prevention.”

A packed house of 450 attendees listened to presentations from Boyd and more than 40 other experts in this national public health conference focused on Legionella control. Speakers noted that Legionella can contaminate plumbing systems in buildings as well as settings that include water coolers and water tanks, and the bacteria can be affected by a host of factors such as variations in water flow and water temperature and residuals from water disinfectant.

While the Centers for Disease Control and Prevention (CDC) reports about 6,000 cases of Legionnaires’ disease a year, several speakers suggested this is simply the “tip of the iceberg” because the illness is dramatically underdiagnosed. Further, although people in the water industry may understand the severity of the problem, many other stakeholders may need more education.

“Legionella outbreaks are generally approached from an emergency management response,” Boyd said. “We need to move public health professionals to adopt best practices to incorporate prevention strategies along with consistent emergency management approaches. This will increase efficiencies and optimize resources, and fundamentally that is going to save lives.”

“Public health departments should seek prevention of a Legionella outbreak as a central part of their mission — it’s not a reactive response; it’s a preventative effort,” said Christopher Boyd, General Manager of the Building Water Health Program for NSF International. 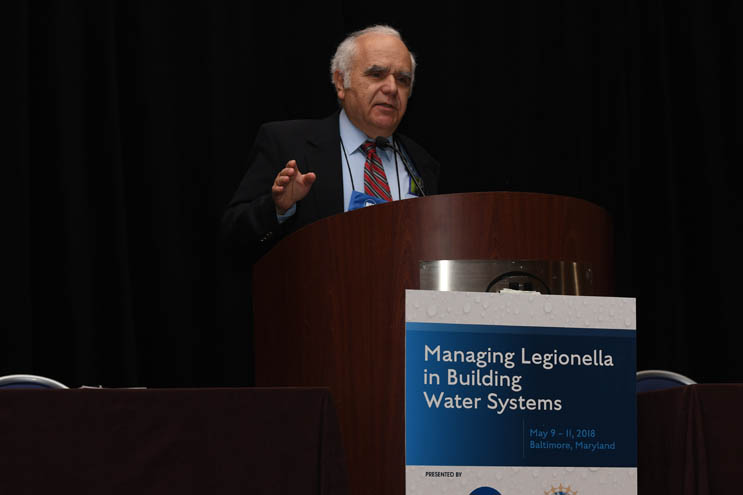 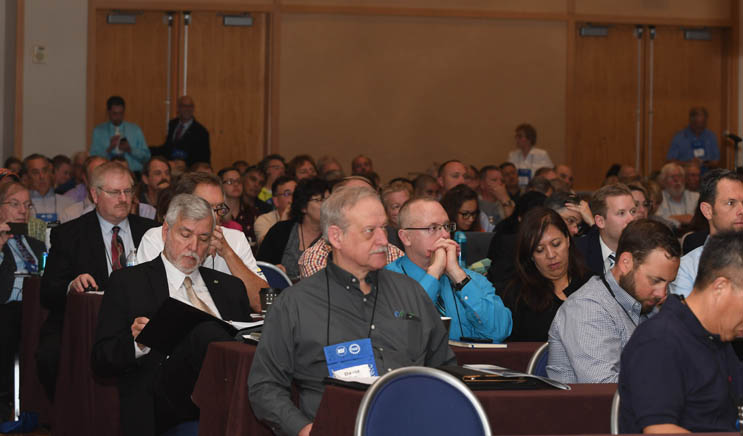 A packed house of 450 attendees listened to presentations from more than 40 experts May 9-11 at Legionella Conference 2018 in Baltimore, co-sponsored by NSF International and the National Science Foundation. 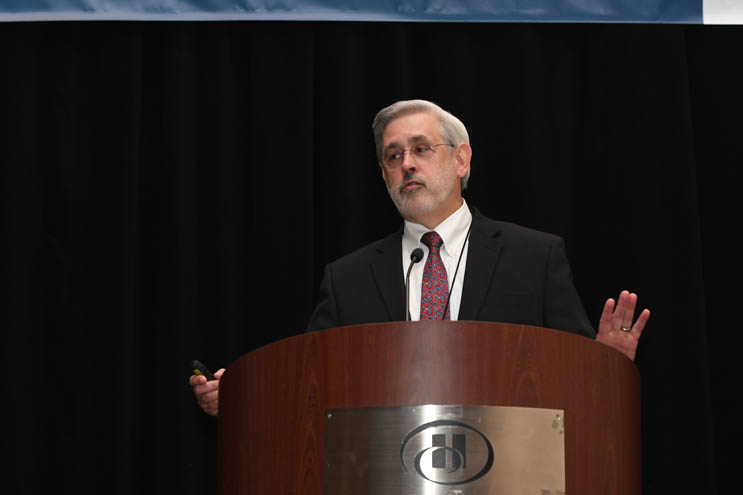 Some water utilities won’t monitor Legionella for fear of being shut down if low levels are detected, said water industry veteran Mark LeChevallier, who recommends a workgroup of state and federal regulators be convened to develop guidelines for Legionella management. “Having guidelines on responding to low levels of Legionella in water systems is critical for us to move forward.” 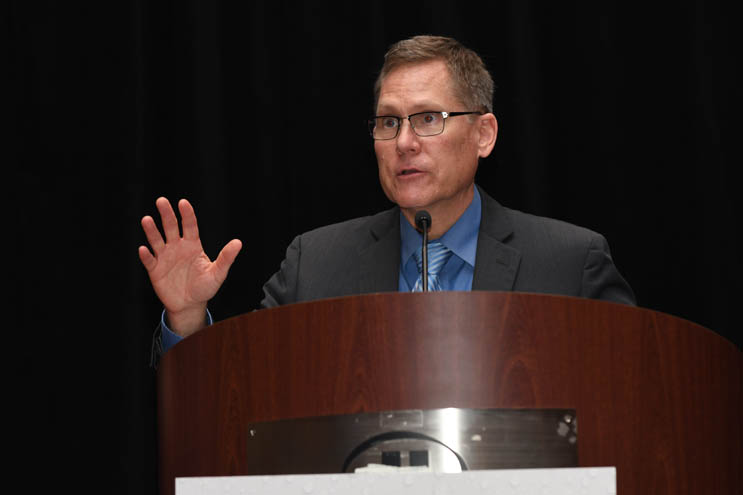 David Purkiss, Conference Co-Chair and Vice President of NSF International’s Global Water Division, noted that 9 out of every 10 outbreaks of Legionnaires’ disease can be prevented with a proper water management plan in place, according to the CDC. 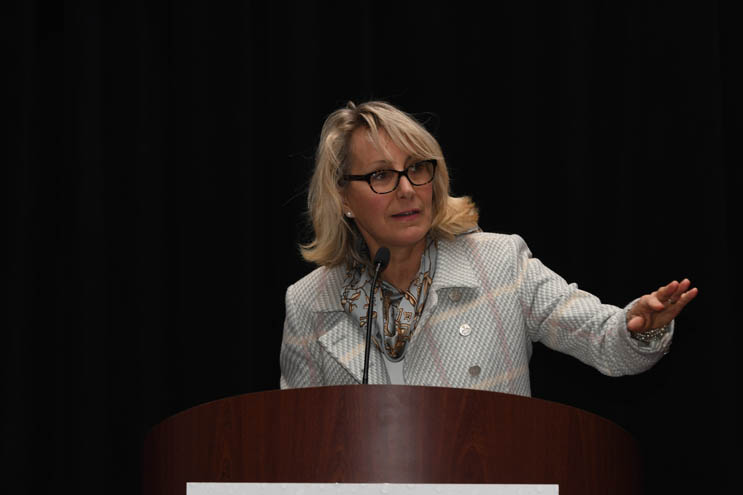 Michele Prevost, professor at Polytechnique Montreal, discussed the management of Legionella in Canadian healthcare facilities. Her research found that energy conservation can be associated with increased Legionella risk and that maintaining high temperatures across the hot water system was effective to reduce Legionella concentrations. A systems-based approach must be used to ensure control conditions across an entire building, Prevost said.

*All photos by Karen Jackson