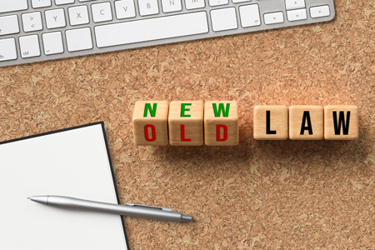 Almost immediately after Joe Biden’s U.S. EPA administrator appointee Michael Regan took office, it was made clear that the agency intends to repeal and replace the Trump administration’s version of the Waters Of The United States (WOTUS) rule.

This rule seeks to determine which source water bodies receive federal protection under the Clean Water Act. Trump’s version of the rule was itself a replacement of an Obama era version, and now it appears that Biden’s team is close to bringing it back to its definition from before either of those eras.

“The EPA’s proposed wetlands rule intended to erase a Trump-era regulation is so legally and scientifically robust that — if finalized — it could be the last word from the Biden administration defining which wetlands are eligible for federal protection, water lawyers say,” according to Bloomberg Law. “The Environmental Protection Agency … published a 290-page proposal that would revert federal waters and wetlands protections under the Clean Water Act roughly to their status before the Obama administration expanded the definition of federal waters in 2015.”

The EPA’s new rule emphasizes a stronger legal and scientific base for the definition of federal waters, likely motivated by the many challenges and changes this definition has faced over the years. Supreme Court guidance from 2006 suggested that the Clean Water Act applies to wetlands with a “significant nexus” to larger bodies of water, and this has likely formed the basis of the new WOTUS proposal.

“The new rule offers a greater basis for a federal waters definition in part by incorporating the 2006 Supreme Court guidance,” per Bloomberg Law. “With the proposed new rule, the EPA is adding [newly-conducted] research to the record and is saying ‘significant nexus’ means something scientifically and is well-grounded in the goals of the Clean Water Act.”

But no matter how well founded the scientific basis for a new WOTUS rule is, such a pivotal federal regulation is sure to face legal challenges whenever it is implemented.

“Regardless of the next steps the EPA and Army Corps take in re-defining WOTUS, legal challenges are inevitable, mainly by the Farm Bureau and other developers that supported the Trump-era rule,” Bloomberg Law explained.

It may ultimately be that it’s not possible to create any long-standing rule to govern the rule federal regulators can play in protecting the nation’s source water. But it’s clear that EPA will keep trying.