Large Water Projects Of Every Kind Coming In 2020 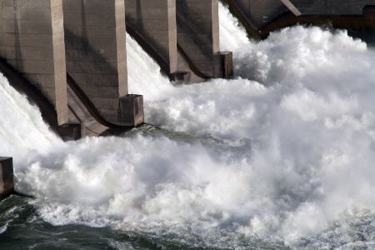 Clean and adequate water resources are essential components of human existence. For many years, government leaders had few problems providing this precious resource. That’s no longer the case, and companies interested in contracting with government to fix water problems will find an abundance of opportunities in 2020.

In Washington state, there has been no requirement for water that children and teachers drink to be tested for contaminants. But a proposed bill in the state legislature, HB 1860, will change that and require water testing for all public and private schools and every outlet used for drinking or cooking at facilities built before 2000. The state will likely provide funding for the new mandates.

Lead-testing bills have also been introduced in New Jersey, Indiana, and Virginia. A bill in Florida has been introduced that will provide $625 million annually over the next three years for water testing projects on the St. Johns, Suwannee, and Apalachicola rivers.

And, there is much more …

State leaders have tried to upgrade drinking water systems in the lower Arkansas Valley since 1962 but, because of a lack of funding, have made little progress. Several communities face state compliance issues because of salinity or radionuclide contamination, and action must now be taken.

In 2009, Congress amended the Fryingpan-Arkansas Project Act to include cost-sharing between federal and local entities by 65 percent and 35 percent respectively for critical water projects. The Colorado Water Conservation Board has approved a $100 million packet for the Arkansas Valley Conduit (AVC), and in 2020 federal funding was approved in the amount of $28 million to finish the design and begin construction of the 130-mile pipeline. The AVC will serve 40 communities and 50,000 people east of Pueblo.

New York officials plan to spend $800 million to improve underground water infrastructure over the next two years. South Jamaica, Queens, a neighborhood that was hit with an extensive sewage backup in 2019, will receive $21 million for sewage and water main improvements. A majority of the funding will be used for water main replacements. An additional $128 million is allocated to replace 1 percent of New York City’s water main system each year. The Department of Environmental Protection is developing a predictive model to forecast the likelihood of future water main breaks, and projects are being prioritized now.

On January 29, the Pennsylvania Infrastructure Investment Authority (PENNVEST) approved $119 million for water and wastewater projects. In Allegheny County, the Pittsburgh Water and Sewer Authority received a $65.2 million loan for a multi-year capital improvement plan. Approximately 80,000 feet of water mains and associated connections will be replaced. Public and private lead service lines will be replaced. The Indiana County Municipal Services Authority received $10.7 million to extend existing public water service to the Borough of Marion Center. This project will service more than 1,000 residents and will address lead and bacteria issues in drinking water in the Marion Center High School.

The Santa Monica City Council approved new rates for water and wastewater, and the increased funding will be used to eliminate costly imported water over the next five years and continue essential water pipe replacement projects totaling $42 million.

Los Angeles is embarking on a number of water infrastructure projects. The Metropolitan Water District is planning to build a new $11 billion tunnel to channel water from Northern California.

San Diego has been approved for $300 million in federal funding to upgrade the South Bay International Wastewater Treatment Plant. Toxic water pollution from Mexico has closed beaches in the San Diego area more than 500 days over the last three years. The federal funding will flow to the Border Water Infrastructure Program in the new North American Free Trade Agreement — now called the United States-Mexico-Canada Agreement. The funding package includes $75 million a year over four years to address wastewater pollution issues in the border region.

Residents of Ottawa County also will see an increase in water rates which will allow an upgrade of the Grandville Clean Water Plant that serves 75,000 residents in five communities. The plant is generating more sewage sludge than can be eliminated. City officials will issue approximately $25 million more in utility revenue bonds for additional funding.

Gov. Tim Walz has included $200 million for water and wastewater projects in the state’s proposed $2.6 billion infrastructure spending bill. Proposed expenditures and projects are outlined on the Department of Management and Budget map.

Here are a few of the proposed project to be funded:

The City of Palm Coast plans to expand a sewer plant that was completed in 2018. A $20 million expansion project will double the plant’s capability. Plans include chlorine contact chambers, new flow equalization tanks, a lift station on site, and high-chamber pumps for reclaimed water and new sludge holding tanks.

Companies interested in water projects will have no trouble finding them in 2020.