Is Stormwater The Industry's Red-Headed Stepchild?

The National Municipal Stormwater Alliance (NMSA) recently released the 2018 State of Stormwater Report on municipal separate storm sewer system (MS4) permits under the National Pollutant Discharge Elimination System (NPDES) permitting program — the first-ever in a series that will publish annually. Before getting into the data for 14 U.S. states, the Alliance explained the report's raison d'etre — why it needed to be created. And while such a statement of purpose is not unexpected from an inaugural release, it was somewhat distressing.

The takeaway is that stormwater is being largely ignored. 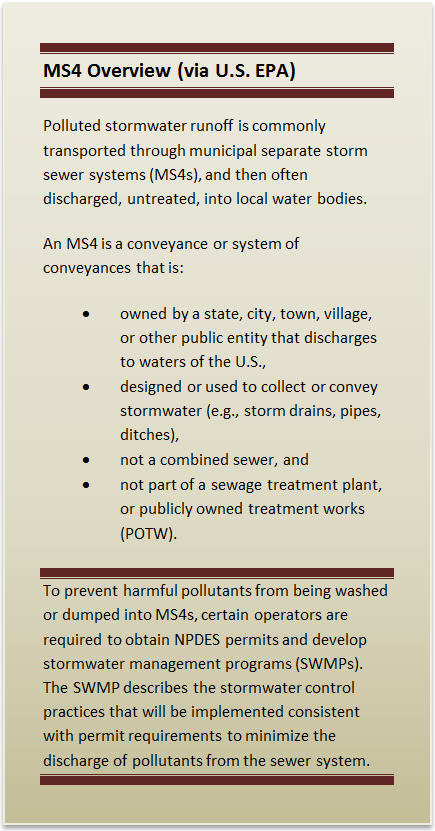 The report notes that the American Society of Civil Engineers (ASCE) doesn't grant stormwater its own category in its Infrastructure Report Card — published every four years to widespread interest — instead collapsing it into wastewater, which received a D+ in 2017. Poor stormwater infrastructure certainly contributed to that bad grade, but doesn't get any credit for it. “Credit” because it's actually good to be conspicuous in this scenario, in order to drive public, political, and ultimately financial support for the necessary upgrades. The ASCE report is routinely cited over the course of years in both industry and mainstream publications, and surely in many meeting rooms where projects are approved and funding is allocated. But stormwater misses out on the good bad press.

That "[s]tormwater is currently included as a subset of the wastewater report card ... is problematic, as the public does not view stormwater as a fundamental part of urban infrastructure," notes the NMSA report. "Without public understanding and visibility, it is difficult for MS4 programs to receive funding."

In response, NMSA created its own grading criteria that will be rolled out in upcoming ASCE state infrastructure report cards, and potentially in the 2021 national report card. NMSA has also collaborated with the Water Environment Federation (WEF) on stormwater program recommendations, collected on a fact sheet, targeting congressional representatives.

But the State of Stormwater Report may be NMSA’s best bid yet for sorely-needed attention.

In the foreword to the report, Paul Davis, National Stormwater Center Instructor, describes the harsh reality:

"We’re not yet keeping contaminants out of stormwater, and we’re not yet managing drainage so that, as much as possible, rain stays where it falls. The result is pollution that’s putting urban populations at risk, threatening public water supplies, and diminishing aquatic life." 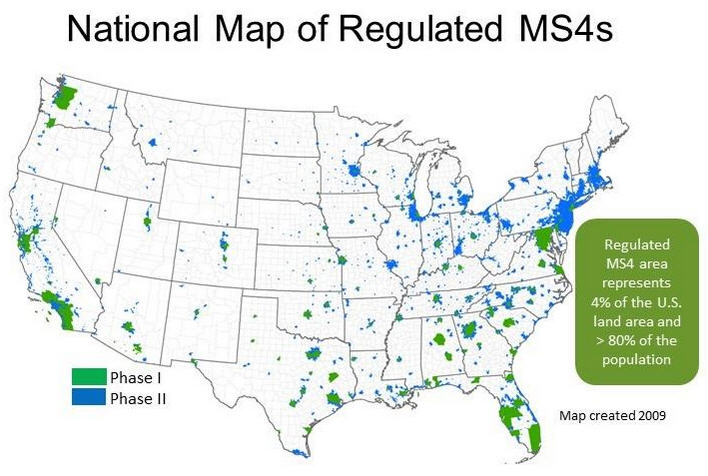 Davis also quotes and verifies an eye-opening line from WEF's 2015 report, Rainfall to Results: The Future of Stormwater, stating that “stormwater is the only growing source of water pollution in many watersheds throughout North America.”

Distressing, right? But it’s also logical in that there have been so many resources devoted to drinking water and wastewater, but stormwater much less so.

That may change with this new NMSA report, which collates information provided by member organizations in participating states (AZ, CA, IN, IA, KY, ME, MA, MN, NE, OH, PA, TN, UT, and VA) encompassing MS4 regulatory issues, sector needs and challenges, and overall water-quality ratings for receiving waters. To see the assessment for each state (no spoilers here), access the full 2018 State of Stormwater Report.

Hopefully, this snapshot of challenges will get stormwater — the industry’s proverbial red-headed stepchild — the ‘love’ it deserves.