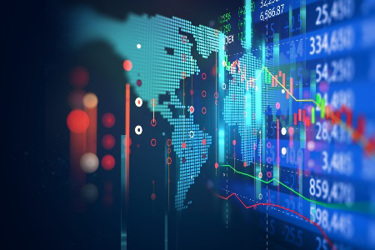 Source water scarcity may be the single most pervasive drinking water issue around the world, and it is certainly one that is poised to grow more difficult in the future. And in the American West, one of the world’s epicenters for ongoing drought, new financial models for solving the problem could dictate how this future emerges — particularly for one of the country’s most critical source water bodies.

“In the last few years, a new force has emerged: From the Western Slope of the Rockies to Southern California, a proliferation of private investors … have descended upon isolated communities, scouring the driest terrain in the United States to buy coveted water rights,” The New York Times reported. “As investor interest mounts, leaders of Southwestern states are gathering this month to decide the future of the Colorado River. The negotiations have the potential to redefine rules that for the last century have governed one of the most valuable economic resources in the United States.”

These negotiations will center around the Colorado River Compact, a 1922 document meant to outline how this resource is shared among seven drought-plagued states. Any changes to this compact could have significant impact on one of the country’s most important, and most imperiled, sources of drinking water.

“40 million people and five million acres of farmland drink from the Colorado,” according to the Los Angeles Times. “And the river is in trouble: Hotter temperatures caused by climate change are sapping its flow, and even without global warming the amount of water that’s been promised to cities, farmers and tribes over the last century is almost certainly unsustainable. Lake Mead and Lake Powell, the river’s two largest reservoirs, are currently 39% full and 42% full, respectively.”

In the past, Colorado’s top water official has argued that a market-based solution would be the best hope for protecting against water scarcity.

“To proponents of open markets, water is underpriced and consequently overused,” The New York Times explained. “In theory, a market-based approach discourages wasteful low-value water uses, especially in agriculture, which consumes more than 70 percent of the water in the Southwest, and creates incentives for private enterprise to become involved.”

But there could be downsides to such a sweeping change of how water resources are managed. In one of the world’s driest regions, for instance, a similar system has caused issues.

As negotiations commence, drinking water utilities and other stakeholders should keep a close eye on what could become an influential model for the country’s increasingly imperiled source water supplies.