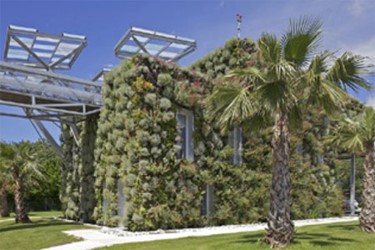 The Aquaviva wastewater treatment plant receives effluents from eight cities around Cannes. The level of treatment is higher than the European standards require, because after the biological treatment, the separation of biological sludge is provided by a membrane technique instead of a traditional settling technique.

Sulzer presented its innovative range of Premium Efficiency mixing solutions to the Mandelieu Aquaviva station in March 2015. During a consultation regarding the replacement of a mixer with a three-phase asynchronous motor in a grease stripping tank / storage tank, the operator in charge of the local equipment addressed a problem. He had experienced some failures with the existing mixer, a competitor’s brand, installed in the external grease tank. The mixer was located in a small tank that receives grease from the nearby restaurants. Because the grease was not homogeneous, the operator had to clean the mixer several times a week so that the rags would not damage the propellers.