By Richard L. Stover, Member of the International Desalination Association (IDA) Board of Directors 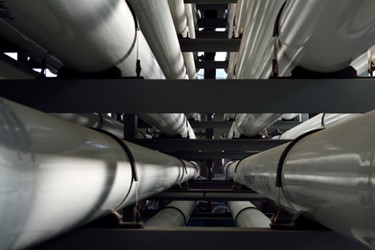 IDA is the world’s leading organization focused on desalination and advanced water treatment including water reuse. It is associated with the United Nations as part of a growing international network of nongovernmental organizations (NGOs), with membership that includes end users, solutions providers, and technology developers; engineers, consultants, scientists, and researchers from governments, corporations, and academia; as well as financial institutions and providers of other services to the desalination and water reuse industry. For more information, visit www.idadesal.org.

Not just a solution for water-scarce cities by the sea, desalination is also vitally important for industrial processes and many inland utilities reliant on groundwater. Like other treatment technologies, continued water security and prosperity depend on improvements in the processes and developments on the horizon.

The birth and growth of the desalination industry have always depended on technological advances to overcome physical and economic challenges. In the 1990s and 2000s, for example, innovation focused on reducing energy consumption in seawater desalination. Several breakthrough advancements resulted from this work, including improved reverse osmosis (RO) membrane performance and reliability and the innovation of energy recovery devices. Not only was the energy required for seawater desalination cut in half, but very large membrane desalination plants also became possible.

Thanks to the terrific work that was done by many companies, researchers, and innovators, today’s RO plants operate at about the lowest energy consumption that's reasonable to achieve, and its adoption has been widespread. Desalination is now practiced in 150 countries and, globally, more than 300 million people rely on desalinated water for some or all of their daily water needs.

Today, RO remains the dominant technology for desalination, but innovation is now aimed at achieving different objectives — in particular, raising freshwater yield, reducing waste brine production, and dealing with tougher water sources. Desalination is increasingly moving away from the sea as innovation spurs the growth of desalination in industrial and inland brackish applications.

Brackish water is defined as being less salty than seawater. It might come out of the ground or it might be a waste stream. The reason that high freshwater recovery and brine minimization are so key in brackish desalination is that the cost and environmental issues associated with disposing of brine can be substantial. In fact, brine disposal or treatment is the largest cost component of brackish and industrial water desalination. This is where we see a lot of R&D and innovation currently taking place, and we expect that to continue in the next 10 years.

High-pressure membranes are another means of increasing RO yield and reducing brine production. Although even high-pressure membranes are limited to 1,200 to 1,800 psi, while the pressure required to concentrate brines to higher than 10 percent salt with RO can be many thousands of psi, any increases in RO recovery reduce the cost of downstream brine treatment or disposal.

"Desalination is increasingly moving away from the sea as innovation spurs the growth of desalination in industrial and inland brackish applications." 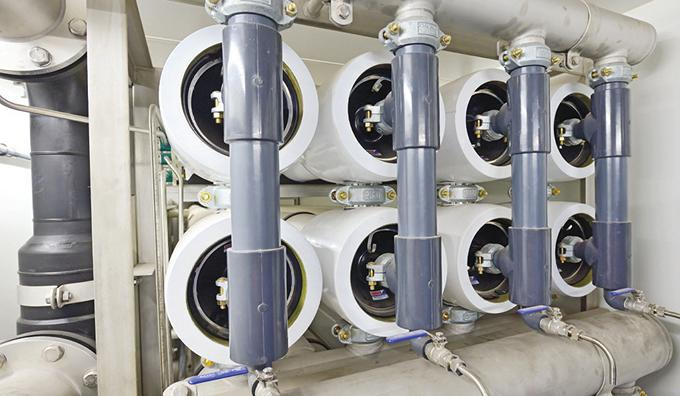 There are two other innovations that warrant mention when discussing advances in desalination.

One is the development and incorporation of digital technology. Smarter systems that better detect, anticipate, and manage desalination upsets and operations are an ongoing opportunity and challenge that many are working on. Day-to-day operations and new innovations alike are potentially informed and enhanced by improvements in process control, monitoring, and response. For example, an instrument that could detect an increased risk of scaling before it actually happens could enable operators to reduce system shutdowns and cleaning requirements.

Second, new business models may encourage earlier adoption of new technologies. The design-bid-build project structures still used in many municipal and industrial sectors select system designs largely on the basis of lowest capital cost, which inherently favors incumbent technologies. Although many new technologies can provide better long-term value, they are often shut out by old business models. Conversely, most large seawater desalination plants around the world are awarded as design-build or design-build- operate contracts bid on a long-term cost-of-water basis. With this criterion, large seawater desalination projects have incorporated innovations to the benefit of everybody involved. As this model is increasingly adopted across industrial and municipal sectors, we may well expect to see more rapid uptake of innovation.

Ongoing innovations in desalination technology go beyond creating new opportunities for water equipment and service providers. These advancements can have a profoundly beneficial impact on global water resources by making desalination more sustainable and affordable, a goal that the International Desalination Association (IDA) supports and promotes around the world.

Richard L. Stover, Ph.D., has 25 years of experience making global water resources sustainable through improved treatment efficiency. As president of Gradiant Membrane Systems, he is enabling inland desalination and water reuse projects that were not previously possible without a new membrane brine concentration process. In his previous role as Desalitech’s executive vice president, he was responsible for growth of the company’s reverse osmosis products. He previously served as chief technical officer and senior vice president of marketing for Energy Recovery, Inc., the leading supplier of energy recovery devices for seawater desalination.

Dr. Stover has been granted numerous patents. He was corecipient of the European Desalination Society’s Sidney Loeb award for outstanding innovation. He has a Ph.D. from the University of California, Berkeley, and a Bachelor of Science degree from the University of Texas, Austin, both in chemical engineering. Dr. Stover serves on the board of the International Desalination Association