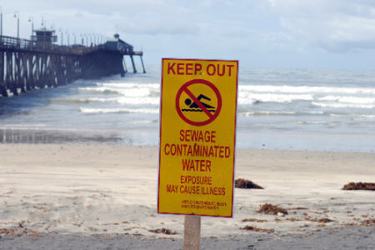 For decades, wastewater treatment facilities have struggled to maintain the quality of the Tijuana River, a source body shared by the U.S. and Mexico that discharges into the Pacific Ocean. Now, proposed fixes from wastewater professionals on both sides of the border have officials optimistic about improving the problem.

“The international river has been a longtime problem for residents of Imperial Beach and Tijuana, as sewage and trash from the river have spilled into the Pacific Ocean for decades, often closing beaches near the border and damaging natural habitats along the river,” NBC San Diego reported. “The plans … from San Diego County and the International Boundary and Water Commission address the wastewater issue and propose projects in the U.S. and Mexico to solve it.”

For its part, San Diego County has outlined 27 projects to improve wastewater treatment on the U.S. side of the border. It hopes to build new treatment facilities to handle overflow from the Mexican side, where facilities can’t operate on rainy days. It has submitted a three-part plan to deal with overflow.

“The first method is to treat the contaminated water and then pump that water deep into the ocean through the South Bay Ocean Outfall system,” per WWLP. “The second strategy is to simply pump the raw wastewater far into the ocean through a system of pumps and long pipelines. The third proposal is to create in-stream basins, which would trap trash and sewage to be collected later.”

Officials expect these improvements to reduce sewage spill frequency from the current 138 days per year to 12 days per year, a reduction of 91 percent.

The plan was submitted to the U.S. EPA in an effort to tap a portion of the $300 million the agency committed toward wastewater issues shared by the U.S. and Mexico as part of the United States-Mexico-Canada Agreement forged late last year.

In the meantime, Mexico’s National Water Commission has contributed about $3.6 million to rehabilitate a pump station in Tijuana, expected to reduce dry-season wastewater runoff by 70 percent.

“The payment is the first from the plan announced by the Mexican government in October to address transboundary wastewater spills in the Tijuana River,” according to NBC San Diego. “The money will be used to construct a new pump intake and a sedimentation tank to remove silt which will reduce the amount of trash that clogs the pumps and lessen the time the pump station is out of operation for cleaning, decreasing the number of spills and transboundary flows.”