In It Together: Water Pros Share Problems And Solutions 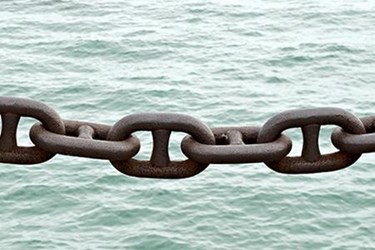 You might say that there’s a lot wrong with the water industry — problems including infrastructure, financing, and scarcity — but there’s also a lot going right. In this Q&A, Water Environment Federation (WEF) President Rick Warner is a source of insight and optimism.

The value of water professionals was never lost on Rick Warner. After all, he pursued a career in the field, ascending all the way to president of the Water Environment Federation, assuming the “gavel of leadership” in September 2016. But even having entered his term with profound respect for water workers, he has since developed an even greater appreciation for the efforts and accomplishments of a widening set of environmental stewards.

It is, without doubt, an industry fraught with familiar challenges — one being water scarcity, which hits especially close to home for Warner. He is senior engineer for Washoe County, NV, where he’s working to bring the state’s first potable reuse project online in Reno. He’s also a member of the American Water Works Association, the WateReuse Association, the Water Environment & Reuse Foundation, the Design-Build Institute of America, and the University of Nevada Civil and Environmental Engineering Advisory Board.

These credentials, along with his proven aptitude for leading and convening, made him a smart choice for president (his successful run ends in October, when he’ll pass the gavel to President-Elect Jenny Hartfelder, PE, at the conclusion of WEFTEC 2017). Even so qualified, Warner says he learned quite a bit during his tenure. We discussed the current state and future direction of the industry, ongoing developments and discoveries, and how innovation — this publication’s calling card — may be the key to solving our persistent water and wastewater challenges.

What trends or challenges do you predict for the industry within the next decade or so?
Unfortunately, some of the challenges are still around aging infrastructure and the need for investment. But the dynamics are challenging.

When the Clean Water Act was created about 45 years ago, many water and wastewater systems were federally funded with water grants. Now, almost universally, funding for water infrastructure comes from local government fees, connection fees, and user rates.

While some communities are more disadvantaged, the infrastructure still needs to get replaced on a regular cycle, and that issue will likely remain 10 years from now. We have, however, begun to make inroads toward bringing public awareness to the value of water and infrastructure.

"It’s wonderful when the public, policymakers, and public officials recognize that water infrastructure not only provides community health and recreation but also serves economic development."

When all of those things come together, you have triple-bottom-line benefit — social, environmental, and financial. That’s where the real momentum comes, but getting there is the challenge.

Federal dollars through the State Revolving Fund loan programs or financing programs such as WIFIA [the Water Infrastructure Finance and Innovation Act] are going to help — but, again, it’s most likely going to be the local folks who pay for infrastructure.

Can innovation around resource recovery, or elsewhere, help with financing new infrastructure?
Absolutely — we see it all the time. In fact, we’ve had great success at WEF embracing innovation, particularly around nutrients. We’ve helped communities implement innovative technologies to reduce the nutrients being discharged to their local water systems, while also reducing the amount of concrete infrastructure that has to be built. But what’s really innovative is what’s happening around energy recovery.

We’re used to seeing wastewater systems utilize anaerobic digesters for some degree of energy production, but now a couple of facilities around the U.S., including East Bay MUD [Municipal Utility District] in Oakland, CA, are actually energy-positive because they are so efficient at capturing their biogas and turning it into electropower. WEF is positioned to help our communities, our utilities, and our members to reach these energy-neutral goals if that’s what they choose.

But innovation isn’t just about treatment; it’s also about how we finance and construct our systems. We’re seeing it in public-private partnerships and financing strategies such as design-build and design-build-finance-operate — all sorts of alternative project delivery methods.

One of the things that I love is our relationship with Imagine H2O and also BlueTech Research. These are companies that are working more closely in the private sector, accelerating conditions for new technologies to come into the marketplace. Partnering with these organizations brings new technology and new people to our membership, and it’s an area of innovation we’re very proud of.

"It’s wonderful when you get the general public, policymakers, and public officials to recognize that water infrastructure not only provides community health and recreation but also serves economic development."

What role does collaboration play in advancing clean water initiatives?
We understand that WEF has an important role, but we also understand that we can’t do it alone, so we’re partnering with multiple organizations and research entities.

One of my major initiatives coming in as president was to convene these organizations, including WEF, the American Water Works Association, and a number of research foundations and state organizations, and discuss how we can collaborate. We called it “Partnering For Impact” because we all recognize that we’re doing good work individually, but by working together we can accelerate toward common goals. Our missions and visions are the same.

I’m also encouraged by what some utilities are doing. Many utilities are embracing innovation and research within the utility itself, or they’re partnering with a local university to assist with pilot testing or building up research capacity at the local level. In fact, I’m doing something similar in my home state of Nevada, in Reno, where we’re launching what we call the Nevada Water Innovation Camp. We bridged the collaboration with the local university to do common research and innovation together, and I suspect these types of utility-university partnerships will continue to grow.

How do you see water reuse, and particularly potable reuse, progressing in the future?
The whole category of water reuse is very exciting. We’re seeing the population shift to arid parts of the U.S., which are already water-stressed, so water reuse is going to become ever more important.

Certainly usage has to be reduced, and then communities can move into recycling — and I categorize recycling as irrigation of parks or golf courses, etc. — to water reuse and, finally, to potable reuse. For the latter, it’s going to take an enormous amount of effort on the regulatory side. Each state is responsible for its own water reuse regulations, so one real barrier is the lack of a common framework.

In terms of public acceptance, we’ve done a terrific job in the past 10 or 15 years to move past “toilet to tap” branding. We learned to slow down and really engage our communities, policymakers, and decision makers. We understand that the technology is there to treat well beyond drinking water standards, but you still need to have public acceptance.

There are some great examples out there — Orange County [Water District] is considered the gold standard for potable reuse; it’s the biggest and has been doing it for a long time — but I’m rather intrigued by what Santa Clara Valley Water District is doing. It’s established a physical treatment facility for potable reuse, but it’s not returning it to potable. Instead, they utilize it for golf course and park irrigation and bring in tours.

They’re also conducting research and innovation studies behind the scenes, but the focus is bringing in the public and allowing them to see the technology and get comfortable with it over time — to educate. That seems to be a great model.

There’s a study that was done on Orange County, and it was done not on the technology but on the approach the organization took. It’s labeled “legitimacy,” and what it states is that the organization itself needs to be viewed by the public as an agency that’s transparent, can collect data, and is very professional — someone you can trust. When you establish those conditions of legitimacy within your community, it allows you to then promote potable reuse projects. It’s a slow process, but it goes back to agencies recognizing the social impact of these systems.

It’s going to take all of us — drinking water agencies, traditional wastewater [WWTPs] or water resource recovery facilities [WRRFs], reuse and regulatory people — to come together to create a new water source for the community, and by default this becomes the “One Water” mantra. With potable reuse, it absolutely requires everyone to work together. I think it’s the future, and I’m excited about it.

Water reuse typically involves reverse osmosis, but are other options emerging?
I can answer this with some degree of knowledge, because in Reno we’re doing pilot and demonstration studies around technologies for potable reuse that do not use reverse osmosis [RO].

There are several systems being tested with conventional sand filtration — what you would see at a traditional water treatment plant — followed up with ozone, carbon filtration, ultraviolet light for disinfection, or some other advanced treatment process. And there are lots of communities working with research foundations and universities to come up with the right process units for their water systems — systems that are more energy-efficient, use fewer chemicals, and aren’t hampered by the brine-management issues inherent with RO.

In the twilight of your term, how do you view the state of the industry?
It’s truly the most fascinating time I can think of to be in the water sector — from technology and treatment processes to how people manage their systems — because there’s so much innovation development and expertise in our field. I’m just profoundly impressed with the passion and willingness to take on complex issues. To experience it as WEF president, even for a year, has been a privilege.

The most valuable lesson I’ve learned is that we’re really in it together. Our differences are very small, and what we share in common — protecting public health and the environment — is very strong.