In Face Of Pervasive Drought, Palo Alto DPR Program May Be Palatable 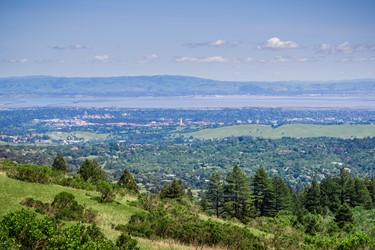 Despite the official end of a years-long drought in the state, one major California city is poised to take a significant step toward sustainable conservation.

“In an effort to open the spigot on recycled water in the region, Palo Alto and Santa Clara Valley Water are exploring a deal that would send the city’s wastewater to a treatment plant elsewhere in the county, where it would be treated, transformed into potable water and potentially resold to the city for its residents and businesses,” according to Palo Alto Online. “The proposed deal would give Palo Alto a new source of drought-proof water to draw on in case of emergency.”

The practice of transforming wastewater into drinking water and then directly into the distribution system is known as “direct potable reuse” (DPR). While many in the conservation and water treatment sectors advocate for the process, pointing out that it is more efficient and just as clean as treated wastewater discharged into the environment, the idea has not been adopted very widely.

But successful implementation in a city like Palo Alto could change that. Shifting to DPR would mark a major change there and could begin to alter the thinking of consumers. But, as with other locales around the country, the major obstacle could be convincing ratepayers that DPR drinking water is just as clean as the drinking water they’re used to.

“Palo Alto’s experimentation with turning treated wastewater into potable water would be a significant shift for the city, which currently gets about 85 percent of its water from the Tuolumne River in Yosemite (the remainder comes from local reservoirs) and which takes great pride in the water’s pristine quality,” per Palo Alto Online. “As such, the Valley Water plan may end up pitting Palo Alto’s environmental bona fides against the ‘ick’ factor of drinking treated effluent.”

On the other hand, Palo Alto may find that conservation efforts like DPR are now inevitable, particularly in a perpetually water-stressed region such as California.

“It may be an idea whose time has come: The council last year signaled its support for the Bay Delta Plan, which would require the Tuolumne and other tributaries of the San Joaquin River to have ‘unimpeded flow’ of at least 40% between February and June,” Palo Alto Online reported. “The deal would also bring new revenue to Palo Alto and its wastewater plant partners. Once Valley Water installs the necessary pipelines to transfer the treated wastewater, it would pay $1 million annually to the cities.”

Adding some additional momentum to the DPR movement in the American Southwest, an Arizona drinking water treatment plant recently became the state’s first to gain a permit for the practice.

“The Advanced Water Treatment Plant at the Scottsdale Water campus became the state’s first — and one of only three in the nation — permanent water treatment facility permitted to treat recycled water for potable water uses,” according to the Scottsdale Independent. “The groundbreaking permit effectively establishes a model for cities across Arizona to begin working towards reusing their precious water resources for future, long-term water sustainability.”