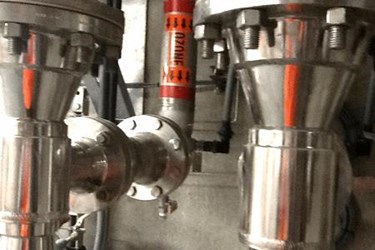 The initial ozone contacting design consisted of two fine bubble diffusion (FBD) systems with traditional over/under baffled concrete tanks. However, native soils in the area were identified during the design phase as “critically expansive and highly compressible.” After having to demolish previous structures at the AWT Facility and CP due to structural damage caused by the soil, all new concrete structures, including the proposed FBD ozone contactor(s), were required to be supported by drilled concrete piers, which made conventional bubble diffusion an expensive alternative.