Improved Pump And Seal Reliability When And Where It Really Counts 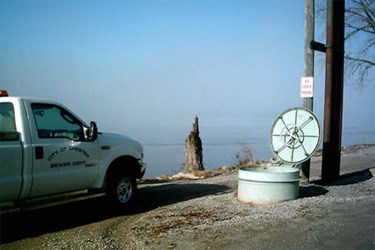 The City of Chester, IL was getting only about 6 months life out of the mechanical seals in their former non-clog lift station pumps. While replacing seals twice per year was difficult and expensive, the more serious problem occurred when the seals failed with the Mississippi River at flood stage and with the sealed lift station underwater.

The sewage pumps, which handle waste from a large state prison as well as blowdown from the local water plant, would eventually flood the pump station from within because of the seal leakage from failed seals. The cost of replacing flooded motors and controls would be clearly unacceptable.