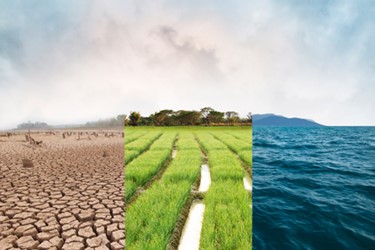 While climate change repercussions are predicted to be varied and ubiquitous, it is the fate of water that deserves highest consideration, as the prosperity of communities —and countries — hangs in the balance.

Today, the forecasted and observed long-term climate change is becoming the most critical international problem of the 21st century. According to NASA’s research, the last five years have been considered the hottest in the history of observations1. Among the inevitable consequences of climate change, the most important is its impact on water resources — the basis of environmental well-being, economic growth, and global security2.

The main effect of climate change on the water resources of the entire planet is the disruption of the hydrological cycle. Thus, the rise in temperature leads to an increase of the water vapor content in the atmosphere, a change in the regime and intensity of precipitation, an increase in evaporation from the earth’s surface, a decrease in snow cover, and melting of glaciers. The impacts of climate change on water resources, in turn, affect all major sectors of the economy.

Thermal expansion of the upper ocean due to climate change leads to a rise in sea level and the subsequent invasion of saltwater into freshwater horizons, reducing the quantity and quality of their reserves. The movement of saltwater up the mouths of the rivers damages fisheries, negatively affects the work of water intakes, and also threatens agriculture, causing soil salinization. Small islands are particularly vulnerable to rising sea levels: It will exacerbate events like flooding, erosion, and other hazards in the coastal zone, threatening vital infrastructure and settlements.

Melting of glaciers and snow cover as a result of rising temperatures leads to a decrease in water supplies, thereby reducing water availability during warm and dry periods in regions supplied with meltwater from mountain ranges. Over the past decade, the volume of the Himalayan glaciers has decreased by two-thirds, while the glaciers in the Andes have almost disappeared4. Thawing of permafrost leads to an increase in landslides and thereby poses a threat to infrastructure in permafrost regions.

Changes in precipitation patterns due to climatic factors also affect soil moisture. Insufficient replenishment and increased evaporation in the long-term absence of precipitation cause the prolonged droughts that threaten water and food security. By mid-century, rising temperatures and the associated decrease in soil moisture in the Eastern Amazon are expected to gradually replace the rainforest, which plays an important water-regulating role with savanna4.

According to forecasts, as a result of climate change by 2050, annual average river runoff and water availability will increase at high latitudes and in wet tropical regions. In mid-latitudes and dry tropical regions, on the contrary, these indicators will decrease, causing a reduction in the amount of available water resources.

According to studies, the total volume of water in the largest basins of the Niger, Senegal, and Lake Chad has already been reduced by 40 to 60 percent4, and by 2020 about 250 million Africans will experience water shortages due to climate change. As the intensity of precipitation decreases and temperatures increase, agricultural areas and crop vegetation periods will shorten, and drainage and irrigation systems will be disrupted. As a result, in some African countries yields from rain-fed agriculture can be reduced up to 50 percent by 20206. The decline in water availability will also have a negative impact on the production capacity of the hydropower industry: by 2030, hydropower potential in Eastern and Southern Africa may decrease by 20 percent7. 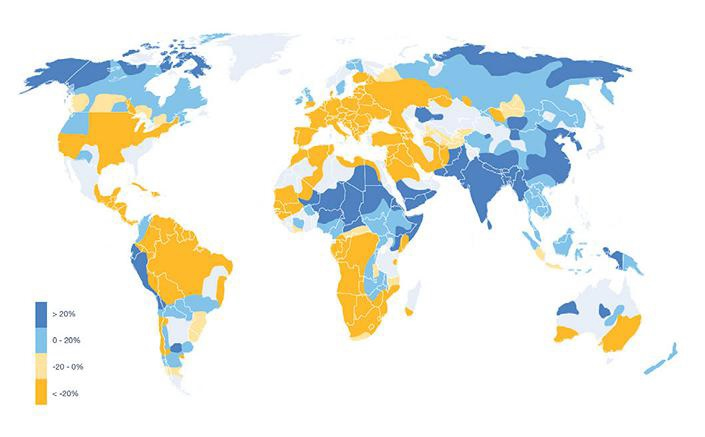 Figure 1. By 2050, the amount of available water resources in some regions may be reduced by 20 percent or more under the impact of climate change⁵

Drought and water scarcity in the upper latitudes, compounded by climate change, lead to a competition for natural resources and an urge by local residents to leave the region. It is estimated that the temperature increase of 1 degree celsius in the country with an agrarian economy correlates with an increase in emigration by 5 percent8. According to the fragile states index9, the countries of the Horn of Africa — Somalia, Ethiopia, Eritrea, Kenya, Sudan, and South Sudan — are the most vulnerable due to prolonged periods of drought.

More intensive precipitation in the middle and high latitudes sets higher costs for the modernization of current and construction of new flood-protection facilities and for the strengthening of road and sewer infrastructure. However, for regions with moderate climate, increased rainfall and longer growing seasons will have a positive effect on crop yields, which is already observed in the U.K., Scandinavia, Europe, and North America.

Figure 2. Impact of climate-induced water scarcity on GDP by 2050, with current and effective water management scenarios¹⁰

Thus, climate change affects spatial and temporal variability in water availability, creating new and exacerbating current water security problems in all regions of the world. In the absence of effective water management, water scarcity caused by climate change can cost some regions up to 6 percent of their GDP10. Reducing water resources can be a major challenge even for waterrich countries because of their dependence on imports of water-intensive products. Thereby, the water supply of other regions significantly affects the supply of agricultural products to the European Union: Up to 38 percent of water used to grow imported agricultural products comes to the EU from exporting countries11.

The negative effects of climate change and the associated decline in GDP growth can be neutralized by properly allocating water resources, providing incentives to improve their efficiency, and attracting investment in the construction of water supply infrastructure.

Climate change adaptation includes both risk prevention measures and measures to increase the climate resilience of territories. Risk prevention measures are aimed at preventing the negative effects of climate change on the water sector. These include reducing urban development in flood-prone areas, developing and implementing water-saving technologies in agriculture and industry, restoring and protecting wetlands, and planting forests. Measures to increase sustainability are aimed at reducing the negative effects of climate change by increasing the resilience of selected areas: replacement of crops with less moisture-loving and salt-resistant ones, construction of dams and reservoirs, and transforming floodplains for agriculture12. 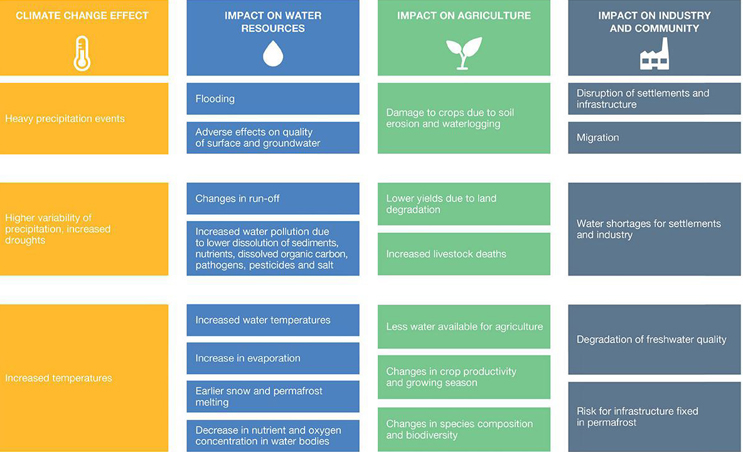 Building climate-resilient infrastructure requires private and public investment. Additional investments needed to adapt the infrastructure to climate change are estimated at 5 to 20 percent of its cost13 and two to three times higher than the current level of funding. According to the World Bank, the cost of adapting water infrastructure to climate change in the period from 2010 to 2050 is estimated at $75 billion to $100 billion per year14. In developing countries with inadequate water infrastructure and high climate risks, this amount could rise to $280 billion to $500 billion15.

Alexander Yuryev is CEO of Quard Alliance, an international community- based organization that aims at mitigating the effects of the global water crisis. He founded a promising EdTech startup in China and then engaged in water-related issues. Alexander serves as a strategic advisor in Quard Alliance and is leading strategic planning, besides raising venture capital for project development. Alexander holds a PhD in Chinese law and a M.A. in international law.

1 Climate change: How do we know?, from: https://climate.nasa.gov/evidence/

5 The contribution of climate change to declining water availability, from: http://www.grida.no/resources/5639

10 High and Dry: Climate Change, Water, and the Economy, from: http:// www.worldbank.org/en/topic/water/publication/high-and-dry-climate-change-water-and-the-economy