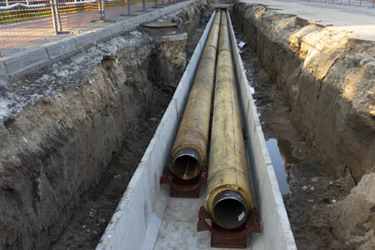 Water and wastewater systems are critical components of sustainability for communities throughout America. However, most of the country’s water infrastructure is either at, or very near, the end of its useful life. At a time when funding is scarce and public officials are distracted with other critical issues, something must be done. There’s no way to ignore or postpone the upgrades, repairs, and modernizations that are vital to our health and safety. Although these projects may not appeal to some contracting firms, numerous multimillion-dollar water projects are being announced daily.

The state will upgrade its water and wastewater infrastructure. A $500 million initial plan calls for creation of a funding reservoir from which local governments can apply for grants or loans for water projects. This effort comes more than six years after the Flint water crisis that exposed dangerous amounts of lead in drinking water. The state plan also addresses toxic contamination and sets aside $207.1 million for critical projects, including:

A $293 million funding allocation will cover other projects, including:

Also, in Michigan, the City of Manistee will address inflow and infiltration to its sewer system and treat wet weather flows at a cost of $19.2 million.

The city of Chesapeake will upgrade its Supervisory Control and Data Acquisition Telemetry System in 2021. The system monitors the operation of 275 pump stations. This upgrade will alert maintenance personnel when adverse conditions are caused by equipment failures, weather conditions, or power outages.

More projects will include a pump station sewer renewal at a cost of $4.4 million. The city will spend $15.6 million in 2021 for the first phase of work on the South Central water transmission main and loop to extend the current line and to create a loop in the South Central area of Chesapeake.

The City of Boulder’s main sanitizing interceptor sewer is at the end of its useful life and is hydraulically insufficient. The interceptor’s unlined concrete pipe has corroded and was damaged during flooding. One of the first critical repair projects will involve realignment of the interceptor sewer system with three primary goals: structural stability, increased capacity, and decreased flood vulnerability. The project, estimated at $48 million, will begin in 2021.

Another $3.8 million project will be launched for an inverted siphon replacement. A 2019 wastewater condition assessment identified two issues: internal pipe corrosion and the inability to effectively clean and maintain the pipe.

The City of Olympia will upgrade its lift station at a cost of $3 million and install a new force main to enhance reliability for existing and future flows.

Another project in the works for 2021 is the analysis, design, and construction of the Percival Creek Utility Bridge at a cost of $3.3 million. A sewer line located on the bridge was damaged in a recent windstorm. A short-term emergency fix to the bridge and sewer main has occurred, but there is much more work that must be done.

Planning and design of a Southwest Water Reclamation Facility expansion will take place in League City in 2023 at a cost of $25 million. The Texas Commission on Environmental Quality requires wastewater treatment facilities to initiate the design of a capacity expansion when annual average flows exceed 75 percent of the permitted flow for three consecutive months.

League City also will begin adding permanent administration space, a laboratory, and an operations center at the Dallas Salmon Wastewater Treatment Plant in 2021. Existing facilities were damaged beyond reasonable repair during Hurricane Harvey, and this facility is the largest in Galveston County, serving approximately 80 percent of League City’s current service area.

The City of Billings is planning to upgrade a wastewater reclamation facility at a cost of $64.5 million. Failure to initiate action on this effort will ultimately cause the city to violate its Pollution Discharge Elimination Permit as well as the federal Clean Water Act. Another upcoming $27 million project includes construction of a new intake, pump station, and pipeline from the Yellowstone River to the new west end.

The District of Columbia has announced steps to clean areas of land surrounding the Anacostia River, Kingman Lake, and Washington Channel for an estimated $35.5 million. Additionally, 50 acres of Anacostia River and Kingman Lake will be remediated by removing and covering contaminated sediment. Approximately 27 acres of contaminated sediment will be capped at Washington Channel. Investigations determined that elevated concentrations of contaminants, including PCBs, polycyclic aromatic hydrocarbons (PAHs), dioxins, heavy metals, and pesticides, are present in sediment throughout the Anacostia River, posing a potential risk to humans and aquatic wildlife.

Companies interested in helping communities improve water systems and wastewater infrastructure will immediately find water projects of every size and type throughout the country. America’s water infrastructure must be modernized, and it will likely take a decade or more to return these facilities to acceptable service levels.

Mary Scott Nabers is a recognized expert regarding P3s and is the author of “Collaboration Nation: How Public-Private Ventures Are Revolutionizing the Business of Government” and her most recent book, “Inside the Infrastructure Revolution – A Roadmap for Rebuilding America.” She is active on the professional speaking circuit and is a keynote speaker at both business conferences and government executive conferences. Her articles have been published by media outlets including Forbes, CNBC.com, Infrastructure USA, Born2Invest, and The Hill, as well as other blogs and publications.