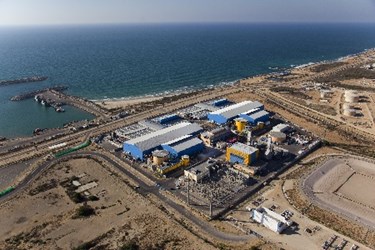 IDE Technologies’ Seawater Reverse Osmosis (SWRO) desalination plant in Ashkelon, Israel recently reached a world record of producing and delivering 1 billion m3 of high quality tap water since the start of its operation in 2005. When completed, Ashkelon was the world’s largest and most advanced desalination plant, with a capacity of up to 330,000 m3 per day. The plant set a new benchmark by achieving one of the world’s lowest prices for desalinated water, and ultimately expanded by approximately 20 percent in 2010. During the last 9 years, the plant has consistently addressed the water needs of more than 1 million people.