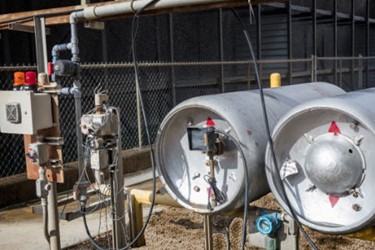 An inherent vertical of the global specialty chemicals space, hypochlorite bleaches market has been observing remarkable popularity of late. With rising incidences of infectious illnesses on a global scale, the demand for disinfectants, bleaching, and sanitization products is likely to accelerate. Hypochlorite bleaches are popular disinfection products with the ability to terminate a vast array of disease-causing bacteria, fungi, viruses, and fungi, provided they are used with adequate precautionary measures and adhere to specific usage guidelines.

The Types Of Hypochlorite Bleach — An Overview

Hypochlorite bleach is a resultant sodium salt from the dissolution of hypochlorous acid in water with chlorine and oxygen molecular ions. The use of these bleaches is widely accepted across myriad industries including water treatment, textiles, pulp & paper, laundry, and healthcare among many others, as a result of numerous benefits including water disinfection, surface purifications, and reduction of odor. Sodium hypochlorite comprises a major component of the product, also referred to as Clorox bleach, and plays the role of an active ingredient in laundry bleaches used for household applications, consisting of approximately 5.25 percent to 6 percent of the overall chlorine content.

Calcium hypochlorite, the dry or powder form of hypochlorite bleaches, is used extensively as a chlorine compound for the destruction of harmful bacteria and viruses. Calcium hypochlorite serves as an efficient disinfectant component for water treatment in spas, swimming pools, and hot tubs, combating risk posed by various disease-causing microorganisms and other contaminants. Additionally, it is also utilized for the treatment of waterbodies including ponds, lakes, and wells, as well as the regulation and removal of algae from water treatment facilities including filters, reservoirs, etc.

A notable example of this is a small community of around 2,500 people in the Yamaranguila village, located in the hills of southwestern Honduras. The village’s water needs are looked after by a modest water supply system which makes use of naturally flowing spring water from underground reserves. The water is treated using calcium hypochlorite and is stored in a big tank, which then delivers clean potable water to the community through pipes facilitated by gravity.

According to reliable studies, people in the U.S. make an average of 300 million trips to swimming pools and similar waterbodies each year. When it comes to swimming pools or waterbodies, there is a specific smell that instantly evokes the image of water and freshness. This smell, however, is not of the water itself, but is rather the result of the chlorine-based product used to sanitize and protect the water from contaminants, usually calcium, sodium, or potassium hypochlorite.

Pool water pollutants may come in many forms, introduced into the water through swimmers, including waterborne bacteria and viruses from cosmetics, sweat, sebum, saliva, etc., necessitating the requirement for an efficient water decontaminant to protect and maintain a secure swimming pool environment.

Between 2000 to 2014, over 500 cases of disease outbreaks related to pools, hot tubs, and other water-based playgrounds were observed, the most prominent among them being cryptosporidiosis caused by the parasite Cryptosporidium, as well as other ailments including shigellosis and giardiasis. This surge in waterborne ailments brought about the need for several regulations on the water quality of pools and consequently promoted hypochlorite bleaches market dynamics.

Chlorination has been and continues to be the most widely accepted technique for water treatment, particularly with regards to residential pool water treatment. The chlorination process commonly involves the incorporation of sodium or potassium hypochlorite to a water solution for the combined characteristics of free chlorine formation, which is then utilized for water disinfection and treatment.

As per Association of Pool & Spa Professionals’ recommendations, the ideal chlorine level for effective water treatment in pools is 1.0 to 4.0 parts per million.

According to a 2003 report by the UN’s World Water Assessment Programme, treatment using chlorine and safe storage of point-of-use potable water is likely to evade nearly 122.2 million DALYs or Disability Adjusted Life Years, a common morbidity measure, at an overall cost of nearly $11.4 billion.

The disinfection process involves the use of a calcium hypochlorite solution with 30 percent to 70 percent chlorine concentration in order to acidify water. Sediments are also removed during this process prior to the incorporation of the hypochlorite solution into the treated water tanks to prevent clogging. In order to mitigate the degradation of hypochlorite bleaches used in drinking water fumigation, the U.S. EPA suggested pesticide label changes, advising users to maintain pH levels of 11 to 13 in the solution, avoid direct exposure to sunlight, and store the solution at lower temperatures for shorter time periods.

Similarly, myriad other developments are being undertaken by several key industry players and regulatory authorities to keep up with the burgeoning need for clean, sanitized, and safe water across the globe.

For instance, in the U.S., the EPA Mid-Atlantic Region is offering free support to small wastewater and water treatment facilities in the states of Delaware, Pennsylvania, Virginia, West Virginia, and Maryland, as well as the District of Columbia in order to safeguard and enhance water quality throughout the region. This support will be extended in the guise of important technical assistance and comprehensive operator training for public and private treatment facility workers, to help them comply with the Clean Water Act’s standards for water quality maintenance.

Likewise, the wastewater treatment facility in Stockton, California, is also slated to undergo a major transformation in order to comply with increasingly stringent federal and state policies, as well as to support future business and residential expansion. The Stockton Municipal Utilities District Regional Wastewater Control Facility Modifications Project commenced on October 8, 2019 and will collaborate with North Stockton-based Delta Water Treatment Plant to modify and modernize the regional treatment facility to fulfil the city’s commitment towards responsible and sustainable use of water.

Meanwhile, in Bangladesh, the World Bank has awarded the Government a $100 million loan for the enhancement of water supply in over 30 selected municipal locations. Supported by the IDA (International Development Association), this loan is expected to facilitate the Municipal Water Supply and Sanitation Project aimed towards providing clean piped water to municipal residents. The project involves the construction of numerous infrastructures including water treatment facilities, water storage facilities, pipe networks, etc.

Pulp & paper products are some of the most highly used materials for a plethora of applications on a global scale. In 2016, the overall production of paper and cardboard was estimated to be over 410 million metric tons, claims Statista, of which over half was ascribed to packaging paper manufacture, while nearly one-third was ascribed to graphic paper production.

Paper is considered to be a renewable resource, making recovery crucial within the industry. In fact, paper has one of the highest recycling rates among several other materials. In 2017, a considerable percentage of paper and paperboard recovery rate was recorded in the U.S., showing immense growth from the figures registered in 1990.

More than half of the world’s overall paper production is accounted for by three prominent nations: the U.S., China, and Japan. In China, the manufacture of paper and paperboard is dependent on used paper products including old newspapers and magazines, discarded cardboard containers, and mixed paper grades such as feedstock. Paper and paperboards are extensively used across a vast range of industries, including stationaries, newspapers, tissues, and packaging.

The paper packaging market in China is witnessing tremendous growth as a result of the thriving e-commerce parcel sector, reduction of pulp prices, and heightening awareness among the public regarding the importance of eco-friendly packing material. Paper recycling involves the use of hypochlorite bleaches, particularly calcium hypochlorite as it helps to remove ink and to achieve the desired degree of whiteness through the bleaching process.

Microbial contamination is highly prevalent in the paper production process, given the continuous processing of organic materials, water, and heat. The application of calcium hypochlorite, in this case, helps to destroy any contaminants or biofouling components, in turn eradicating paper film spot reduction.

The Agency for Healthcare Research and Quality has reportedly claimed that healthcare-associated infections (HAIs) are the most commonly observed complications among patients admitted to hospital care. In fact, the CDC has estimated that at least one case of HAI is observed among every 31 hospital patients every year. Also, nearly 30 to 40 percent of HAIs are a result of contamination at the hands of healthcare workers who have been in contact with infected or quarantined patients or with contaminated environments.

This growing prevalence of hospital-related contamination and the subsequent surge in need for disinfection is likely to add impetus to the global hypochlorite bleaches market. Sodium hypochlorite-based disinfectants demonstrate robust application potential in the decontamination of blood discharges with HIV or Hepatitis B virus as well as hard surfaces, owing to significant sporicidal tendencies.

The regular use of hypochlorite bleaches for the disinfection of various hospital surfaces safeguards against the risk of hospital-associated infection and contamination. In the U.S., the most preferred sodium hypochlorite products include Clorox germicidal wipes, the Sterilix high level disinfectant system, and Dispatch hospital cleaner disinfectant containing bleach.

The popularity of these products for hospital decontamination is attributed largely to their strong antimicrobial properties, lack of toxic residue, and resilience against hard water. Additionally, these products are cost-effective and help in the efficient removal of biofilms and fixed or dried organisms from surfaces. As the expansion of the verticals such as water treatment and pulp & paper sector continues to rise at a prominent pace, hypochlorite bleaches industry trends will depict a major transformation in the years ahead.