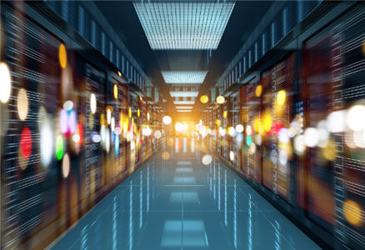 Gas boilers heat around 85% of homes in the UK, but their installation in new homes is to be banned from 2025. While heating produces over a third of the country’s CO₂ emissions, there are only two low-carbon heating alternatives that most people hear about: heat pumps or hydrogen boilers.

Heat pumps are like a refrigerator working backwards: they use electricity to run a compressor, which transfers heat from the outside to the inside. Hydrogen boilers are just another sort of gas boiler, designed to burn hydrogen instead of the fossil fuel natural gas.

Yet there is a third option we don’t hear much about which has been around for centuries and experts believe could heat around 18% of UK homes by 2050. District heating, as it’s known, could be keeping you warm in the near future by recycling heat from sewer drains, abandoned coal mines or even the London Underground.

District heating systems pump hot water from a large boiler at a central location, or from a facility with lots of waste heat like a data centre, through a network of insulated pipes and into homes. It could serve a few apartments at one address or thousands of houses and businesses across a whole city. Like the electricity grid, there can be multiple sources supplying the network.

In a district heating system, the radiators and hot water cylinders inside houses are fed by a heat interface unit, which transfers the heat energy from the network. This is about the size of a large gas boiler but doesn’t need a flue so is easy to install on a wall or in a cupboard. You control the heat supply using standard thermostats, paying bills for the heat energy used rather than the amount of gas or electricity.

The origins of district heating can be traced to Roman bath houses, where hot air was circulated under floors. In the 14th century, the French spa town of Chaudes-Aigues had a system for distributing heat to houses from hot water springs.

The first generation of modern district heating systems used steam from coal-fired boilers and were installed in Europe and the US from the mid-1800s. A system in Manhattan has been operating since 1882 and continues to heat more than 1,500 buildings.

The Amager Bakke waste-to-energy plant in Copenhagen, Denmark shows how modern district heating can become a beautiful part of community life. The city’s non-recyclable waste is burned to supply heat (as well as generate electricty) for a network of 150,000 homes. Its striking architectural features are capped with an artificial ski slope on its roof.

Only 2% of homes in the UK are currently heated this way, but this is set to change. The government recently announced £44 million (US$62 million) in funding for three district heating schemes in London, Manchester and Cambridgeshire, which would together heat tens of thousands of homes.

The Scottish government plans to give district heating the same legal standard of consumer protection and supply security as electricity and gas. A system is currently being installed at Clydebank near Glasgow in the former John Brown shipyard. It will supply more than a thousand new homes plus community and business facilities by capturing latent heat from the River Clyde.

Some argue that the simplest way to decarbonise Britain’s gas heating network is to pump hydrogen instead of natural gas into home central heating systems. While hydrogen fuel will be useful in a low-carbon economy, experts suggest its use should be prioritised in industry and heavy transport, where alternatives are limited.

Installing a heat pump can slash a home’s heating emissions but they will not be suitable for all buildings, such as those in dense urban areas. More carbon is released in the manufacture of heat pumps units than gas boilers, and their refrigerant gases have very high global warming potential.

District heating depends on a network being installed to service a whole neighbourhood. But if your living situation matches any of the following descriptions, it could be your best option for low-carbon heating: