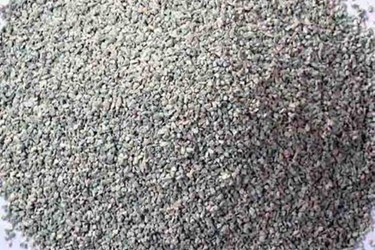 Technology is constantly evolving and changing to meet the needs of humanity, and one of those needs is for clean water. The water treatment industry is always researching, testing, and developing new and improved ways in which to treat wastewater and drinking water in ways that are both efficient and environmentally friendly. Zeolite water filtration media is a sustainable, natural treatment solution for drinking water, grey water, and wastewater treatment.

For hundreds of years, humans have utilized the resources provided by nature to improve our quality of life. Sometimes we use them in the way that they are available in the environment, and other times we find new and innovative ways they can be implemented. For instance, sand and charcoal are typical examples of this. We utilize these medias in water treatment as filter mediums.

Sand accomplishes this in nature, leaving groundwater free of solid particles. Charcoal has always been seen as a carrier of heat energy, until recent years. Now, it is used in any number of products from skin care to vitamin supplements. It has also been proven to make an effective filter for water contaminated with certain toxins and other contaminants. Let's focus now on the zeolite mineral.

When volcanic rock or ash reacts with alkaline waters, it can form zeolite. Zeolite is a mineral that can form into a variety of structures made of arrays of aluminum, silica, and oxygen known as aluminosilicates. The most common is clinoptilolite. Their structure and composition make them microporous and highly inclined for cation exchange capabilities. The degree of such exchange properties vary from type to type and are noticeably weaker in naturally occurring zeolites due to potential impurities. However, zeolites can easily be produced synthetically with a heated solution of alumina, silica, and sodium hydroxide.

Media filters are simple enough that they can be built at home. They essentially consist of a basin that is layered with materials of differing size and density. One common configuration is a gradient of fine to coarse sand atop a gravel bed that is also in a gradient. The idea is to use the gaps between grains to capture particles that are too large to pass through. The configuration described above catches everything at the top and the lower layers provide support and room for drainage. Others have gradients from large to small so that particle capture gradually occurs layer after layer as the water flows through. Medias used in such filters include anthracite, garnet, and activated carbon. Each of them, including sand and zeolite, have properties that make them viable for different applications based on what they can remove. Filtration media can be used individually, but in many cases it is beneficial to use several different medias at once. This is simply called a multimedia filter. Below, we will explore the properties of zeolite water treatment media, that allow it to be a good filter media candidate for the contaminants it can remove and the applications it can be used in.

When it comes to filters, the more pores within the treatment media, the more efficient the filtration performance can be. Zeolite medias have many pores, therefore, they do not just capture particles between grains, they also absorb them into their pores to capture them. This is done in part by the zeolite minerals capacity for cation exchange, whereby it takes on positive ions from the water (i.e., dissolved metals, sodium, ammonia) and replaces them with something else.

Due to its high pore density, zeolite has a highly effective surface area, meaning it can capture high concentrations of contaminants before back washing is needed. The media can also use the process of adsorption to capture and remove particles. This process is an active effect where particles actually adhere to the surface of the media instead of passively getting caught between grains.

Zeolite is also less prone to clogging quickly, which means a lower pressure drop experienced during treatment. This media is also more resistant to chemicals than some other mediums and can remove/reduce certain hardness minerals, allowing it to act in a water softening capacity.

Zeolite can treat for: