How has the lull in the unconventional sector affected water treatment companies' view of the opportunity in treating flowback and produced water? Are they more cautious or optimistic? 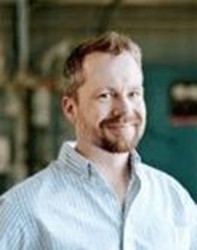 A: The recent industry downturn has had a significant impact on treatment service providers. As oil prices plunged in late 2014 and into 2015 we found that many water-focused energy service companies were struggling. By mid-2015 the Texas Water Recycling Association (www.txwra.org) had lost over half of its active membership. 2017 was a gradual recovery year and 2018 is looking like it will be exceptional.

There have been several interesting results from this prolonged downturn, many of which are actually positive:

Brent Halldorson, P.Eng
Brent has been with Fountain Quail (formerly Aqua Pure) since 1999. He is well known and highly regarded amongst oil and gas regulators across the U.S. and Canada. He has helped bring consistency and high standards to the oilfield water management industry and is a founding member and chairman of the Texas Water Recycling Association. Prior to joining Fountain Quail/Aqua Pure, Brent worked as a project engineer with Colt Engineering in Calgary. In this role he became familiar with Fountain Quail/Aqua Pure and helped the company develop its initial evaporator technology for patent. He holds a Bachelor of Science in electrical engineering from the University of Calgary.