How Far Can RDI Desalination Go? 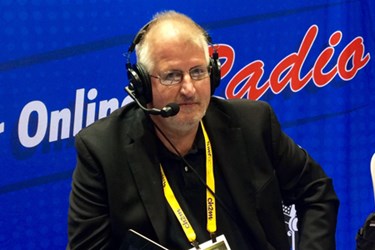 Radial deionization is a desalination technique that utilizes two oppositely charged supercapacitors to attract ions out of a water stream. Atlantis Technologies utilizes the process in its line of RDI Desalination Systems and sees the opportunity to capitalize on its innovative capabilities.

“We were focused on oil and gas produced water mining… we were looking at the power gen sector, because of pending regulations that are going to limit discharge and mercury through FGD scrubbers,” Bob Newton, a business development leader with Atlantis, told Water Online Radio.

After receiving an investment from the Middle East, Atlantis will focus on improving the RDI flux performance and reducing the capital cost. This will give the company the chance to explore foreign markets and introduce the RDI to more industries that can utilize it, though it’s still unclear how widely it can be applied.

“Our value proposition to them is we’re able to reduce the cost of treatment of water on a per-barrel basis in the oil and gas space, or on a per-MGD basis in the municipal space,” said Newton. “If there’s salinity in the water, there’s a possibility we can basically use an RDI to solve it, from a technical perspective. I think the million dollar question is, how many of those applications are we going to be able to bring economic viability to?”

To hear more about the RDI and other Atlantis solutions, tune in below.