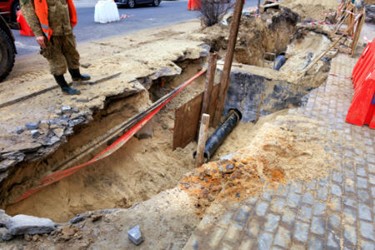 Wastewater treatment systems are all too familiar with the nation’s buried infrastructure problems — throughout the country, sewer systems have been neglected for decades to the point where the U.S. EPA estimates that $271 billion is needed to upgrade and maintain them in the near future. Now, the City of Houston will serve as an example of this estimated price tag becoming a reality.

“Houston city workers face a monumental task, as the city struck a deal with state and federal regulators ... agreeing to spend $2 billion over 15 years to improve its sewage system,” according to Courthouse News Service. “Thousands of times since 2005, the city has released untreated sewage from line breaks in its 6,000 miles of sewage pipes, some of which washed into the Houston Ship Channel, which flows into Galveston Bay, the United States said in a September 2018 federal lawsuit.”

Six years ago, the EPA began negotiating with Houston over its sewer problems and resulting violations of the Clean Water Act. Those negotiations led to a consent decree calling for the $2 billion in improvement spending, which is now undergoing a 30-day public comment period before approval.

“Houston workers will start the project by inspecting all the city’s gravity sewer lines and 120,000 manholes,” per Courthouse News Service. “The city says it already has installed 300 ‘smart manholes,’ which contain sensors that measure how much effluent is flowing through pipes, and it will install 3,000 more… The city will prioritize repairing 10 wastewater treatment plants which U.S. Environmental Protection Agency inspectors found are contaminated with E. coli bacteria and ammonia.”

Regulators also noted that the city will work to address grease blockages that have compromised sewer pipes.

Naturally, such a steep price tag and wide scope of work will eventually trickle down to consumers, but it’s unclear exactly how their bills will be affected.

“How much residents’ water bills would rise remains hazy,” according to the Houston Chronicle. “The city will soon begin a rate study, as it does every five years, that will incorporate the consent decree and other factors to suggest new rates to take effect in July 2020.”