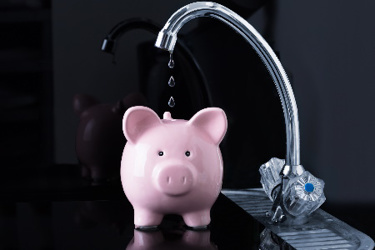 As the uncertainty and obstacles presented by the novel coronavirus continue to take a toll on the country, Congress has been injecting massive sums of capital into earmarked sectors of the economy. The latest such proposal for this stimulus, termed the “Health and Economic Recovery Omnibus Emergency Solutions Act,” or “HEROES Act,” includes dedicated funding for a critical service: continued access to drinking water.

“A new coronavirus relief package unveiled … by House Democrats aims to prevent the shutoffs of water and power in households that cannot afford to pay, a move some utilities have already voluntarily undertaken,” The Hill reported. “The legislation provides $1.5 billion for states and Native tribes to help low-income households pay for drinking water services… It also says that energy or water providers that receive federal aid should make sure that customers’ power or water is not shut off during the national emergency because they can’t pay.”

In total, the proposed legislature calls for $3 trillion in economic aid. It passed the Democrat-heavy House late last week, but is unlikely to sustain its march toward becoming law.

“Senate Republican representatives have dismissed the House’s new stimulus bill as a non-starter after its release, warning that any future aid package — if there is one at all — won’t come until after the May 25 Memorial Day recess,” according to Diario As. “‘After the recess,’ Sen. Roy Blount, a Republican from Missouri, told reporters earlier in the week when asked about when the Senate would begin serious talks about another stimulus bill.”

Still, the bill and its emphasis on drinking water assistance are important reminders of just how disruptive the coronavirus has been to even the most central of services and indicators of focus for the more liberal leaders of the country.

“If the bill passes, the drinking water assistance funding will be given to public water system owners and operators, who will then be expected to reduce rates for low-income households,” The Hill explained. “The legislation also includes $50 million in grants to investigate the disproportionate impacts of the coronavirus pandemic on communities facing environmental inequalities. It comes as data has shown disparate impacts on the virus on communities of color and low-income people.”

Without a clear end to the pandemic in sight, questions around additional stimulus and where it may be targeted remain open. But what is certain is that access to safe drinking water has become even more central to the daily life of Americans than ever before.