Heading To The Corner Bar … For A Water? 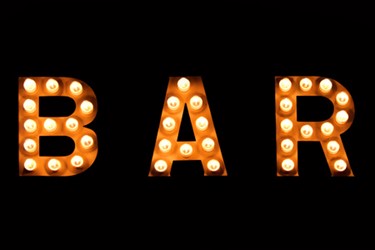 What do a drinking establishment and an eco-friendly writing utensil have in common? They both reflect new and unconventional ways that water is being injected into commerce.

Residents and those passing through Washington, D.C. now have access to a drinking establishment that is focused on water instead of traditional alcoholic beverages. Although the concept may have originated on the West Coast where wellness fads are more common, this opening in the nation’s capital appears to be its first foray into a major metropolitan area.

The Water Bar DC was recently reviewed by a reporter there who shed some light on the experience —  touted as “true hydration” — which seems to be as much about the atmosphere as it is the water.

A glance at its menu shows bottles of domestic water range from $4 to $10 while imports sell from $5 to $25. The most expensive bottle in stock is the Andes Mountain water from Chile. However, don’t expect to see a limited-edition, diamond-studded bottle of Beverly Hills 9OH2O at Water Bar DC. For $100,000 they’ll be happy to order one for you.

It will be interesting to see if this is the start of a trend.

When it comes to consumer products, a pen rooted in biosolids is a step closer to office supply store shelves.

A recent graduate of New York’s Pratt Institute created the Sum Waste pen for his thesis project, which won first place in a national competition organized by a research group.

Garrett Benisch focused on biosolids as a means to recycle organic matter derived from treated sewage, which regularly ends up in landfill, while offsetting the impact from a massive number of disposable pens that are simply thrown away. His collaboration included New York's Department of Environmental Protection and an undisclosed California-based startup focused on a bioplastic derived from wastewater.

The ink was made using carbonized biosolids and Benisch believes the same bioplastic could also be used to create the pen's barrel (although he used resin for the prototype.)

Both the barrel and ink are designed to be mass produced.