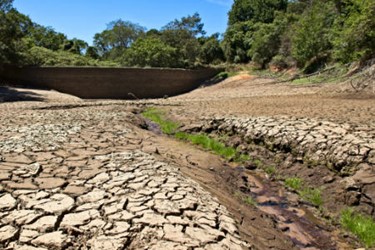 As pervasive drought and growing demand for drinking water continues to stress supplies, the world’s water systems have increasingly turned to groundwater reserves. But new research indicates that our reliance on these sources will soon put ecosystems in hundreds of locations around the world at risk.

“Already, unsustainable groundwater pumping exceeds recharge from precipitation and rivers, leading to substantial drops in the levels of groundwater and losses of groundwater from its storage,” according to a new research paper, “Environmental flow limits to global groundwater pumping,” published this month in Nature. “When groundwater levels drop, discharges from groundwater to streams decline, reverse in direction or even stop completely, thereby decreasing streamflow, with potentially devastating effects on aquatic ecosystems.”

The researchers estimated that between 15 and 21 percent of watersheds around the world where groundwater extraction occurs have reached a threshold where their flora and fauna are in danger. They estimated that by 2050, that number would reach between 40 and 79 percent.

Communities around the world rely on groundwater sources, like aquifers, for drinking and agricultural water. While some are taking action — such as Virginia’s Potomac Aquifer Recharge Oversight Committee, formed to treat local wastewater and inject it into a groundwater source whose levels are falling — it appears to be too little, too late.

“Many of the aquifers from which this water is extracted took hundreds, or even tens of thousands of years to fill,” according to National Geographic, reporting on the new research. “Much of that water is being removed much faster than it can be replenished. That has enormous potential consequences for people who want to drink water and crops in areas that don’t get enough rain. But far before those impacts emerge, the effects will — and in fact already have — hit rivers, streams, and the habitats around them.”

This research would appear to bolster those efforts currently underway to make more efficient use of water supplies, recharge those groundwater sources that are being depleted, and recycle the water that’s already been extracted.